Next spring is shaping up to be a memorable season for Gavin Smith.

Not only is Smith, one of three managing partners of a new restaurant and beer garden planned for downtown Lexington, getting married, he will finally see his vision for that project take shape. 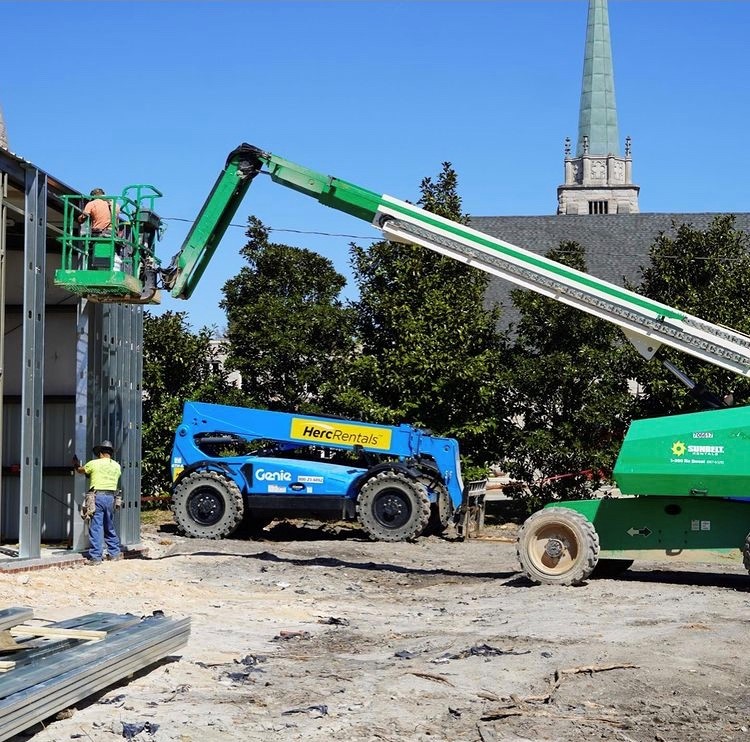 Navy Yard on Main, with 11,000 square feet of outdoor space and 8,000 of indoor dining at 102 Main St., got the green light to ramp up construction on Tuesday, when the S.C. Administrative Law Court granted its application for an on-premises beer and wine permit and a restaurant liquor-by-the-drink license. The decision paved the way for the project, stalled since February because of the opposition of a nearby church, to move ahead.

"It has been a long process, but we are super grateful for the outcome yesterday, and we’re looking forward to being a part of the Lexington community,” Smith told the Columbia Regional Business Report on Wednesday.

Navy Yard on Main was originally slated to open in May 2021, but the project ground to a halt when St. Stephen’s Lutheran Church filed a protest with the S.C. Department of Revenue, which issues alcohol licenses, on Feb. 24. The church raised concerns about noise, litter, parking and disruptive behavior, but Administrative Law Judge Shirley Robinson, who heard arguments on Dec. 3, ordered the permit be granted in a 15-page ruling.

South Carolina law mandates that businesses serving alcohol within city limits may not be located with 300 feet of a church, school or playground. Robinson ruled that Navy Yard’s public entrance is 310 feet from St. Stephen’s, located at 119 N. Church St.,citing measurements taken by an S.C. Law Enforcement Division agent during the licensing process after Navy Yard applied for the license on March 1. Robinson also ruled that the church had failed to produce sufficient evidence to justify its concerns, writing that the church "provided no factual evidence" that granting the license would result in loitering, using drugs, vomiting or engaging in sexual activity on church property – all issues raised during the hearing.

The ruling also noted the presence of several other establishments within walking distance of the church which serve alcohol, including one that shares two property lines with St. Stephens.

"The concerns expressed by the Church while sincere, are too general and speculative to warrant denial of the permit and license," Robinson wrote.

“We learned about the protest in February, but we didn’t make it public until May as we tried to privately work it out,” Smith said. “It was a complete surprise to us. The Lexington community has been so welcoming and so supportive of our project. To learn about the protest – while we respect their position (and) their standing in the community – we were very surprised to learn of their protest and unwillingness to work with us at all.”

The property is the site of an automobile dealership which opened in 1918. Smith said site-specific work, such as painting and the replacing of water and sewer lines, has been ongoing since February, but work related to Navy Yard has been at a standstill.

“We’ve already talked with our contractor, and we’ve established good relationships with their subcontractors,” Smith said. “They’re all mobilizing and preparing to start construction again.”

The project’s general contractor is Zach Hopkins, owner of Palmetto State Renovations, while the architect is Craig Otto Architect, also of Lexington.

Navy Yard on Main will feature a large selection of craft beer and a menu with distinctive touches such as clothesline bacon, strung on a cutting board and fired tableside, and beer-flavored wing sauces. Weekend brunch offerings will include homemade breakfast pastries and cinnamon rolls, and the venue will partner with local animal shelters to play host to adoption events and Yappy Hours.

The menu and kitchen have been tested at US Foods, said Smith, who said Navy Yard also plans to sponsor a local Little League team.

“Being part of the community is a core concept of a beer garden,” he said. “It’s really something that we’re going to emphasize when we do get open.”

Smith’s investment group, Vision Ventures LLC, also consists of his fiance, Matthew Pace, and best friend Cody Cook, owner of a local landscaping firm. Smith, a Lexington native, and Pace, who were then living in Washington, D.C., were visiting family in Lexington when they noticed during dinner that the 102 Main St. property was for sale.

“Opening a brewery has always been something we’re very interested in doing,” Smith said. “Truthfully, we didn’t necessarily have plans to open one this early in life, but we saw the opportunity. This is my hometown. It was just too good of an opportunity to pass up. What better way to give back to your community than to open up a local small business? And to find the property that we found – we would never be able to do this concept on the town’s Main Street at any other property. This is the perfect property for us.”

Smith and Pace reached out to the broker and discovered the property, originally slated for retail space, was owned by the Addy family of Cayce, whom Smith described as good family friends.

“Lo and behold, they loved our concept and kind of bought into everything,” he said. “It just kind of came to life. … We’ve met so many people throughout this process that just have been so incredibly supportive of us. We know that there’s buy-in for our concept.”

Smith said research conducted with the South Carolina Small Business Development Centers has indicated more than $8 million in unmet demand for such a facility in Lexington, and he’s confident Navy Yard will be successful, its rocky start aside.

“Despite how heated things have been with our neighbors next door, we intend to be good neighbors to them,” Smith said. “Our goal is never to interrupt a place of worship. Matthew’s dad, in fact, is a pastor. My brother is a pastor. We understand that that is a place of worship, which is why we’ve committed to not having any bands during worship hours and opening lines of communication with the church.

“Our goal isn’t to bring a business to the town of Lexington to disrupt everyone. If that was our business model, it surely wouldn’t last long.”

Navy Yard’s new timetable calls for construction to begin in January, with a grand opening tentatively slated for late spring – not long after Smith and Pace’s wedding.

“There are a world of supply chain shortages that we now have to deal with. That’s our next hurdle that we have to jump over, that and all the staffing issues that are going on,” Smith said. “But if we’ve learned anything – if we can get through this, we can get through anything else.”