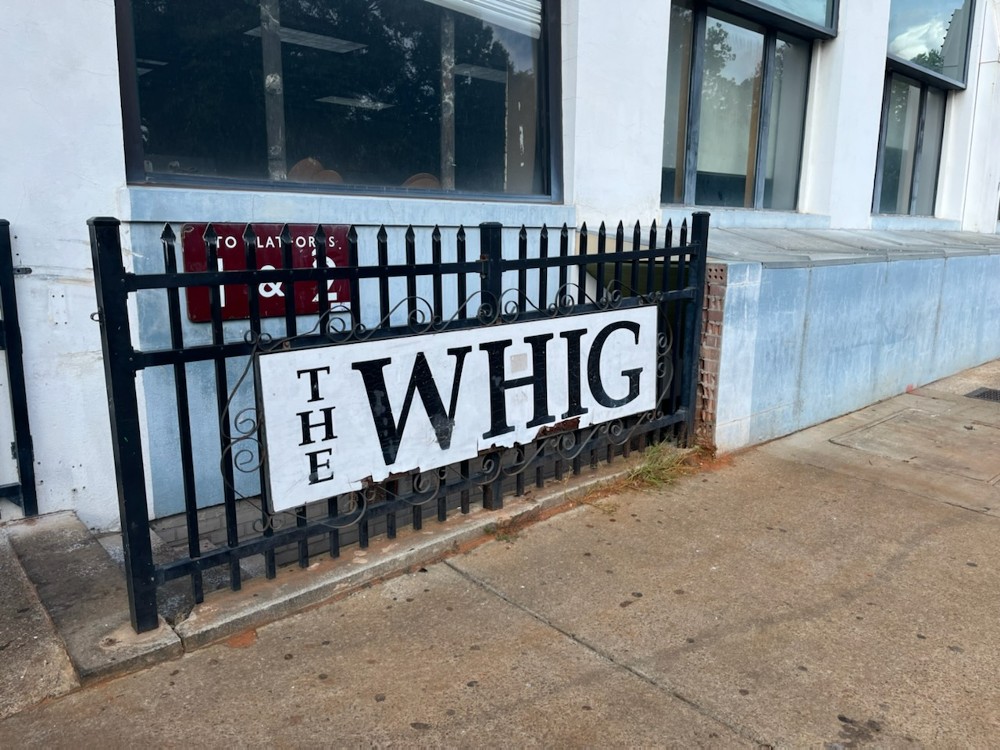 The Whig, the iconic subterranean bar located at the intersection of Main and Gervais streets in downtown Columbia, will close later this year after a 17-year run.

Owners Phill Blair and Will Green announced on Thursday that the bar will be closing because its lease has not been renewed.

Developers have announced plans to build a hotel in the century-old building at 1200 Main St. where the Whig is located, and the massive construction project planned will make it impossible for business at the popular spot to go on, the owners say.

“We’ve been doing great business lately, and that is, honestly, the sore, sad spot in all of this,” Blair told SC Biz News Thursday afternoon. “The Whig is busier than it’s ever been, and we have to look at pumping the brakes on it.”

The popular bar gained a wide following over the years because of its unique, darkened underground atmosphere, wide selection of beer and other drinks, and a menu that many locals said was among the best bar food in the Midlands. Signature items include a variety of sandwiches, smoked gouda mac-and-cheese and gravy fries.

“We kept the menu pretty much the same for as long as most of our customers can remember, only adding a few new things here and there,” Blair said. “We really wanted to provide the items people wanted and made sure we were doing them the same way the customers always liked them.”

Blair, named to the Columbia Regional Business Report's 2021 list of Icons and Phenoms because of his entrepreneurial success, started working at The Whig when it first opened in 2005 and became an owner in 2006. Since then, he said it’s been a joy to not only watch the bar become a favorite with a diverse crowd of locals and visitors but also to see the evolution of Main Street.

“There wasn’t anything going on down there at all when we opened, but the business has grown and developed a following, and so has Main Street,” he said. “I think we’re really seeing growth down here come to a critical point. It’s busy all the time and it’s really become a place where people like to go.”

The Whig over the years became instrumental in organizing popular downtown events like First Thursdays and Arts and Draughts at the Columbia Museum of Art.

One thing that also turned the Whig into such a downtown icon was its welcoming atmosphere.

“That was always our main thing and how we directed our service,” Blair said. “We drill into everybody’s head who works here that they need to greet everyone and make them welcome. There needs to be a place like that. Nobody should ever feel excluded from here as long as they are on that same wavelength.”

The Whig’s lease runs out at the end of November, and the owners hope to keep things running at least until then.

“We love the holidays, and Halloween is always a big party for us, so we hope to still be able to do that,” he said.

Blair and Green also own WECO Bottle and Biergarten in West Columbia, which will remain open.

Blair is already being asked if the owners would consider relocating The Whig to another spot downtown. Both are willing to make a move, but nothing is on the table at this point.

“It’s a possibility, but a lot would have to fall into place to make it happen,” Blair said. “It’s certainly would be ideal and something we would want to do, but that’s way easier said than done. Right now, everything is happening very quickly and very slowly at the same time, so we’ll just have to see what happens.”