The distance between South Carolina and Germany has figuratively shrunk, thanks to a collaboration introduced at the S.C. Statehouse this week.

The S.C. Fraunhofer USA Alliance links businesses, governments, people with ideas, and academic institutions to solve problems and encourage economic development in both directions across the Atlantic Ocean.

“Brainpower is the way of the future,” said S.C. Gov. Henry McMaster at the announcement of the alliance, a collaborative effort between the S.C. Council on Competitiveness, the S.C. Department of Commerce and Fraunhofer USA Center for Experimental Software Engineering. 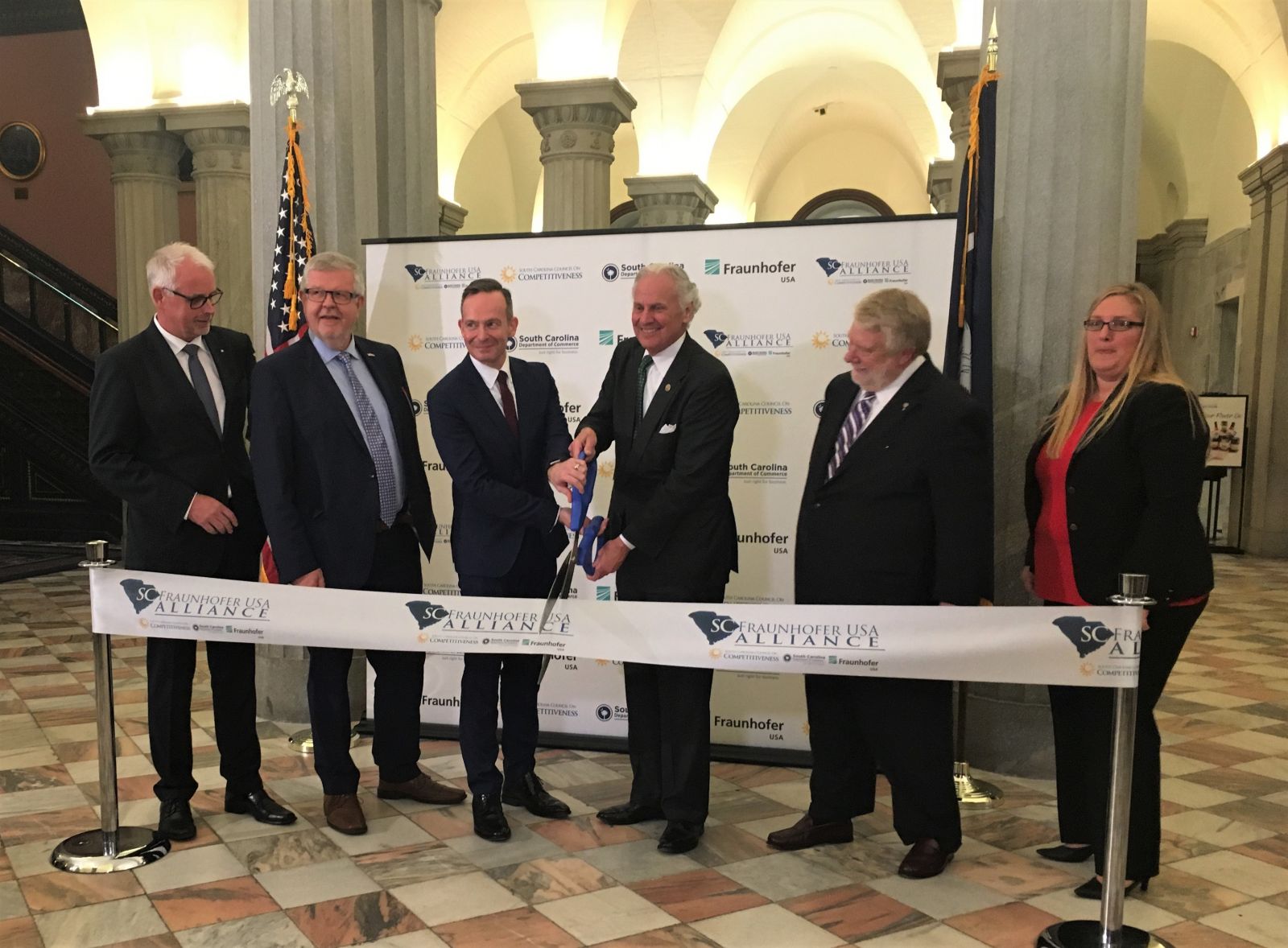 Software provided by the Fraunhofer Institute for Experimental Software Engineering will link businesses and entrepreneurs with students and researchers at the University of South Carolina and Clemson University to encourage research collaboration and innovation.

“You have our universities learning from the industries and businesses and the manufacturers, and the manufacturers learning from the universities, from the academics,” McMaster said. ”And you have the young students who know no limits, you have the professors, the Ph.D.s, the research and developers who have been in the field. When you combine that kind of enthusiasm and energy and academic excellence and manufacturing precision and expertise, you get something very powerful.”

The goal of the alliance is to connect businesses in South Carolina and Germany and is a result of South Carolina’s sister-state relationship with Rhineland-Palatinate, Germany. Companies can get hands-on support from research institutions to solve specific problems with technology provided by the Fraunhofer institute.

“If you want to create impactful companies through good universities, you need a bridge,” said Dieter Rombach, founding director and executive consultant for the Fraunhofer Institute for Experimental Software Engineering. “Fraunhofer is the organization that is basically speeding up innovation transfer.”

Fraunhofer USA is a nonprofit organization dedicated to the advancement of applied research which employs about 27,000 researchers at 72 institutes, Rombach said.

“When we talked first here, they (South Carolina) also wanted to attract companies,” he said. “Not only German companies but also U.S. small and midsize companies, and they need support. They don’t need academic support. They need problem-solving support. That’s what we’re going to build up.”

The first portion of the alliance is a technology collaboration which will eventually lead to an exchange of students and faculty members between South Carolina and Germany. Other projects include telehealth, collaborative robotics, wire harness automation and cloud-based data platforms.

Officials expect the alliance to expand to include technical colleges and other research institutions in South Carolina.

“Advancing research and innovation is the key to generating our state’s economy,” said Bobby Hitt, S.C. Secretary of Commerce.