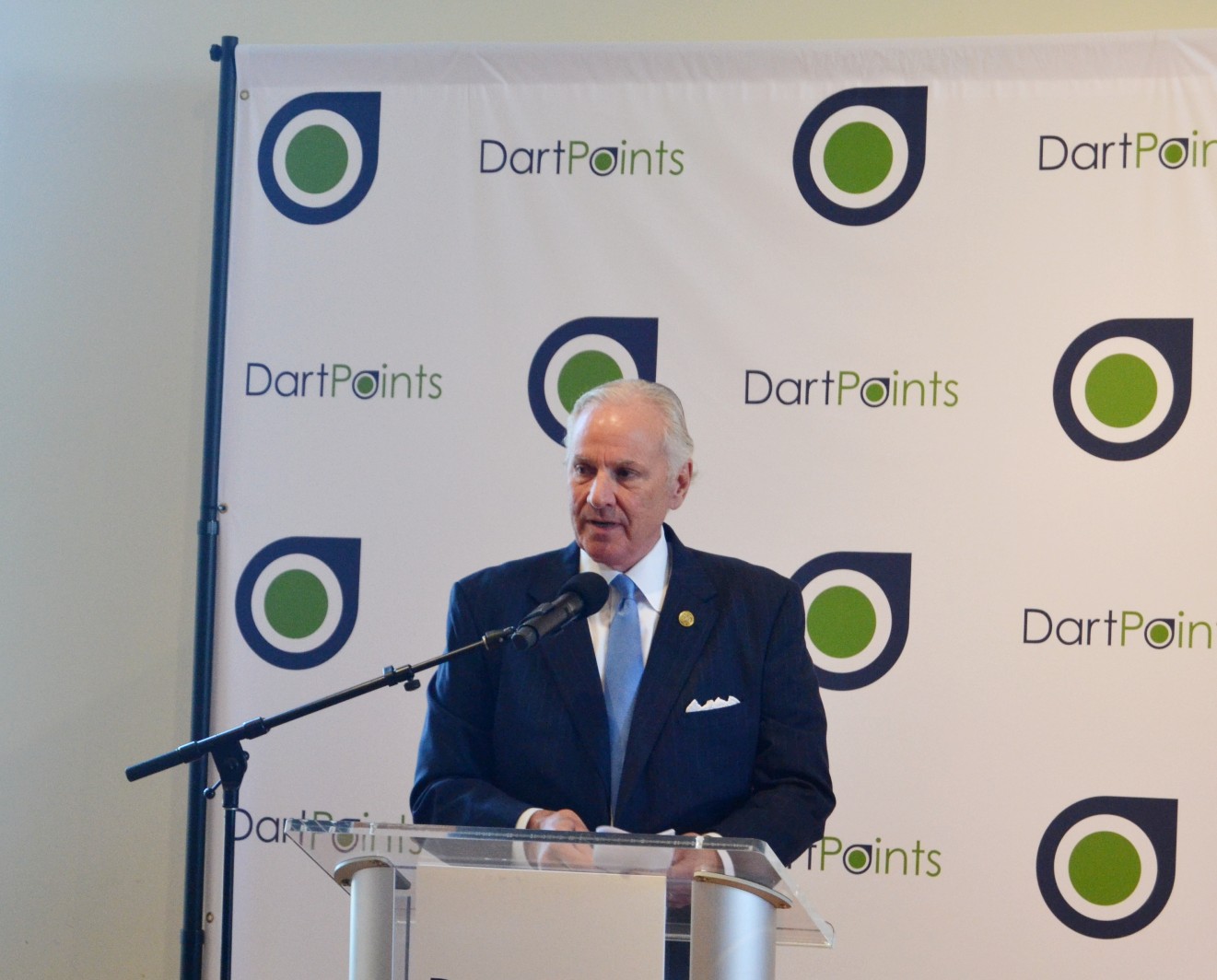 The average internet user probably doesn’t give much thought to how information shared or requested arrives at its final destination.

But in South Carolina, that process is about to undergo a significant change.

DartPoints, an owner and operator of 11 edge colocation data centers in six states, is creating the state’s first internet exchange. The exchange will allow internet infrastructure companies such as service providers and content delivery networks to connect with each other, shortening the routes data travels, increasing efficiency and potentially reducing costs.

“This is the first step in creating a state, in the state of South Carolina, that is internet-independent,” DartPoints CEO Scott Willis said during an announcement of the internet exchange, called Bridge IX, in Columbia on Wednesday. “The internet exchange is the central hub for all content and applications to reach businesses, schools and homes. The internet exchange will allow companies of all sizes to bring their services into South Carolina, which will improve performance, increase access and lower costs to further bridge the digital divide across the state.”

An internet exchange allows a state to stop importing and exporting data, Willis said when a similar program was launched in Iowa in June.

A two-phase immersion cooling system submerges electronic components at data centers in a bath of dielectric heat transfer liquid, which conducts heat better than air, water or oil, and is nonflammable and environmentally friendly. No pumps or jets are required to cool the hardware, resulting in a 90% efficiency advantage compared to air cooling, according to technology website gigabtye.com.

In addition, eliminating heat sinks and cooling fans means computing parts can be closer together, which can increase computing power as much as tenfold. Components not subject to temperature variations are also less likely to failure and require less maintenance.

All of those advantages can combine to decrease a company's downtime, or latency, in tech terminology.

“Whether it’s artificial intelligence, whether it’s autonomous vehicles, whether it’s agricultural, whether it’s industrial — if you think about where businesses are going and the demands of those use cases, they’re far more latency-sensitive than what current uses cases are today,” Willis said. “South Carolina has a heavy manufacturing base and infrastructure from a business perspective. Three, four, five and 10 years ago, in manufacturing, it was all about employees on a manufacturing floor handling that process. Today, and where it’s going in the future, it’s all about robotics.

“Robotics requires a quick turn. They can’t afford much latency. The ability to enable this technology so that you don’t have to make a trip all the way up to Northern Virginia — we’re going to enable that flight here in the state — is a huge competitive advantage.”

Areas of the state dependent on rural internet providers also stand to benefit from the increased access and potential savings of an internet exchange, DartPoints executives said.

“South Carolina right now is a state that doesn’t have any direct connectivity to the internet,” said DartPoints Chief Technology Officer Brad Alexander, who has seen positive effects of internet exchanges in large cities. "We're trying to bring that rich technology and the ecosystem that comes with it to an entire state. So instead of it just being a regional or a city presence, we’re bringing that type of connectivity to the state. When we bring that kind of connectivity to a state, we can get regional and national influences — business people, technologies, technologists — into our state to help our innovation efforts.”

Danny Dorsel, president of the S.C. Governor’s School for Science and Mathematics, and Bob Quinn, executive director of the South Carolina Research Authority, were among those eager to reap the rewards of direct internet connectivity. Quinn extolled the advantages connecting businesses directly to technology could have for the state’s advanced manufacturing industry, while Dorsel envisioned more reliable learning tools and increased access to them for the hundreds of on-campus and online students his school serves.

“Things have changed so fast and it’s just going faster and faster, but fortunately, because of these kinds of investments and this kind of thinking and this kind of vision, we’re able to keep up with it and stay ahead,” McMaster said. “It’s like riding that wave in the ocean. If you miss it, you miss it, but if you catch it just right, it will take you way on up. We’ve got to keep catching those waves.”

Since moving into South Carolina, DartPoints has made capital investments totaling $120 million in its four data centers in Columbia, Charleston, Greenville and Spartanburg, with 70% of its employees now located in the Palmetto State, Willis said. He said DartPoints supports 275 clients statewide who represent 140,000 jobs and $60 billion in annual revenue.

“We want to support the growth and the ambitions of this state through the use of technology,” Willis said. “It (the internet exchange) is a win-win for both. We’re investing in a way that creates a benefit to the state but it also creates a benefit for DartPoints, as we want to attract enterprise and higher education and users into our environment.”