Three weeks after the death of a University of South Carolina student who police think was killed by a man she mistook for an Uber driver, representatives from the ride-hailing service chose USC’s campus as the setting to announce a new national safety initiative.

Uber will now send push notifications to riders reminding them to make sure driver, car and license plate information match that provided in ride-hailing app, Andrew Macdonald, vice president for Uber's Americas operations and global business development, said during a news conference at the university Thursday. The new feature will go live in Columbia immediately and across the U.S. in coming days, Macdonald said. 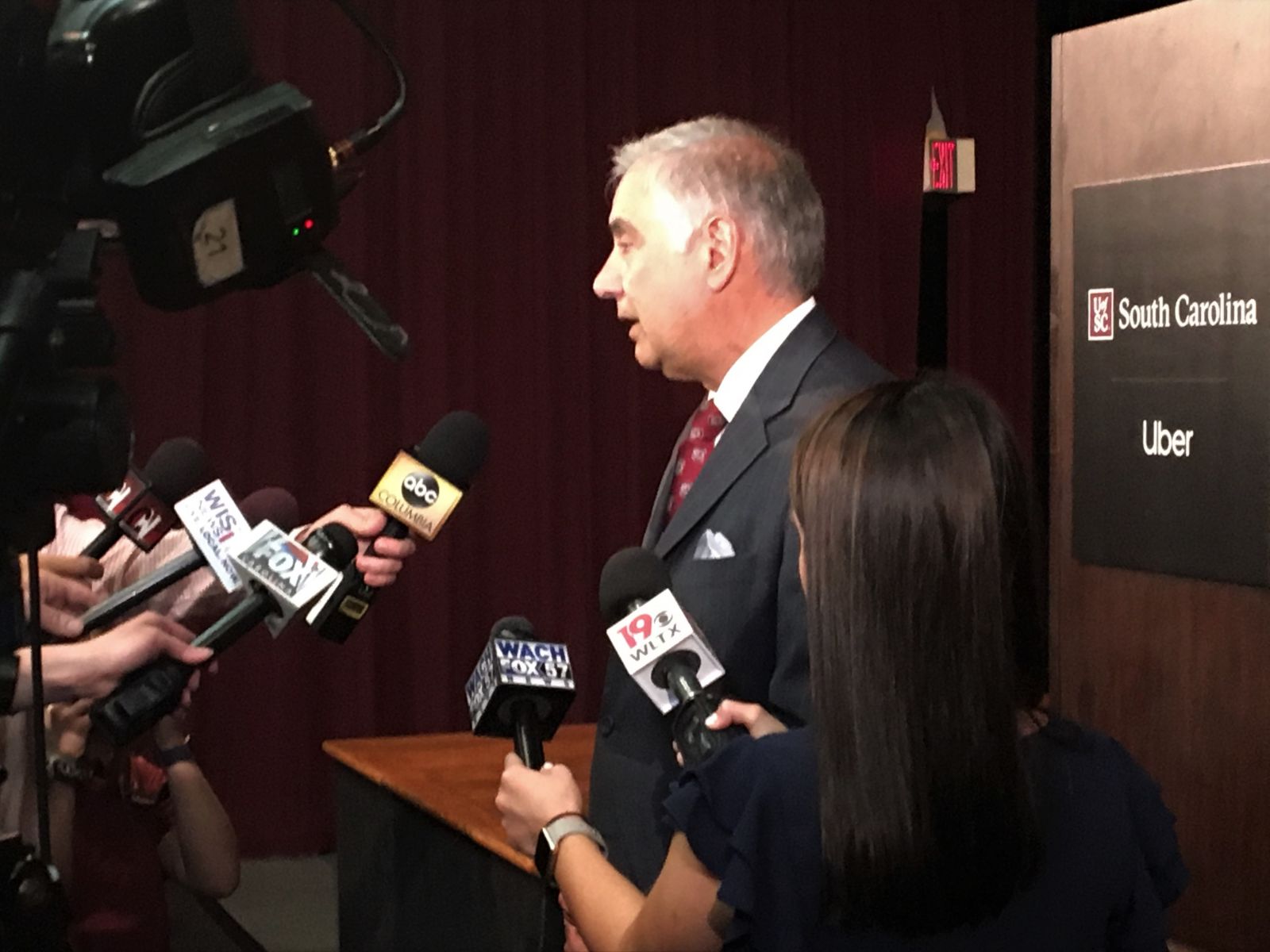 Uber is also partnering with USC and Columbia police to direct riders to a well-lit, dedicated pickup zone in the Five Points district that will have law enforcement present, Macdonald said at USC’s Russell House theater.

“We want every rider to be safe when using Uber,” Macdonald said. “We’ve been working hand-in-hand with law enforcement for years to educate the public about ride share safety, and we have a team of engineers that is focusing solely on developing safety features in the app.”

USC senior Samantha Josephson, 21, disappeared March 29 after a night out with friends in the Five Points entertainment district. Police said she called for a ride using Uber before getting into a black, four-door Chevy Impala.

Josephson’s body was found in rural Clarendon County. The State Law Enforcement Division said she died from multiple sharp force injuries. Nathaniel David Rowland, 25, has been charged with murder and kidnapping in her death.

“In Samantha’s memory, I am pleased to stand here today in support of our university’s efforts to work with Uber on a national awareness campaign to build public awareness for greater ride share safety,” USC student body president Luke Rankin said. “ … We owe it to Samantha Josephson.”

Josephson was studying political science and had been accepted into law school, USC president Harris Pastides said. Josephson’s parents will receive her diploma during a May 11 graduation ceremony, he said.

“No parent should ever have to do that,” said Pastides, who has advocated for a national “What’s My Name” campaign encouraging ride-hailing service users to doublecheck that they are getting into the vehicle they have ordered by asking the driver to provide their name — information the Uber app shares with Uber drivers.

Uber also is making a $100,000 grant to the International Campus Association of Law Enforcement Administrators to help educate college students about ride share safety, Macdonald said. In addition, the company is sending U.S. riders email with check-your-ride steps, has launched a social media awareness campaign and placed ads in college newspapers and billboards near colleges and entertainment districts across the country, he said.

“Our goal is to make checking your ride before you get in the car synonymous with using Uber,” Macdonald said.

“We’ve done that in a lot of cities, not just for safety, but to alleviate traffic,” Breeden said. “When you order your trip, (the app) will drive you to that particular zone. It will send you there to be picked up.”

Macdonald reiterated safety features in the Uber app, including an emergency button that connects a rider directly with 911. In some cities, including Columbia, a rider’s location, along with car and driver information, is automatically sent to a 911 dispatcher, Macdonald said.

Every Uber driver is screened, and all trips are GPS-tracked, Macdonald said. An existing Share My Trip feature will be easier to find on the app, according to a news release from Uber.

“Many ideas have been raised over the last several days, and we are always looking to build on our core safety features,” Macdonald said. “There’s nothing more important than the safety of people we service, and we are constantly working to raise the bar.”

Pastides said Uber reached out to the university to share safety initiatives and “has been proactive every step of the way.”

“Without question, it’s been an extraordinarily difficult couple of weeks for all of you, me, our entire community,” Pastides said. “We’ll continue to pray for the Josephson family.”