None of that is what the president of Studio 2LR Architecture and Interiors envisions for his firm’s latest project in West Columbia.

Savage Craft Ale Works, right now just an enticing set of high-resolution images planned for two historic buildings off State Street at 430 Center St., is distinctive, from its emphasis on aesthetics to its unusual ownership group. The establishment, which will brew its own craft beer and feature a spacious outdoor beer garden, is slated to open by summer 2019. 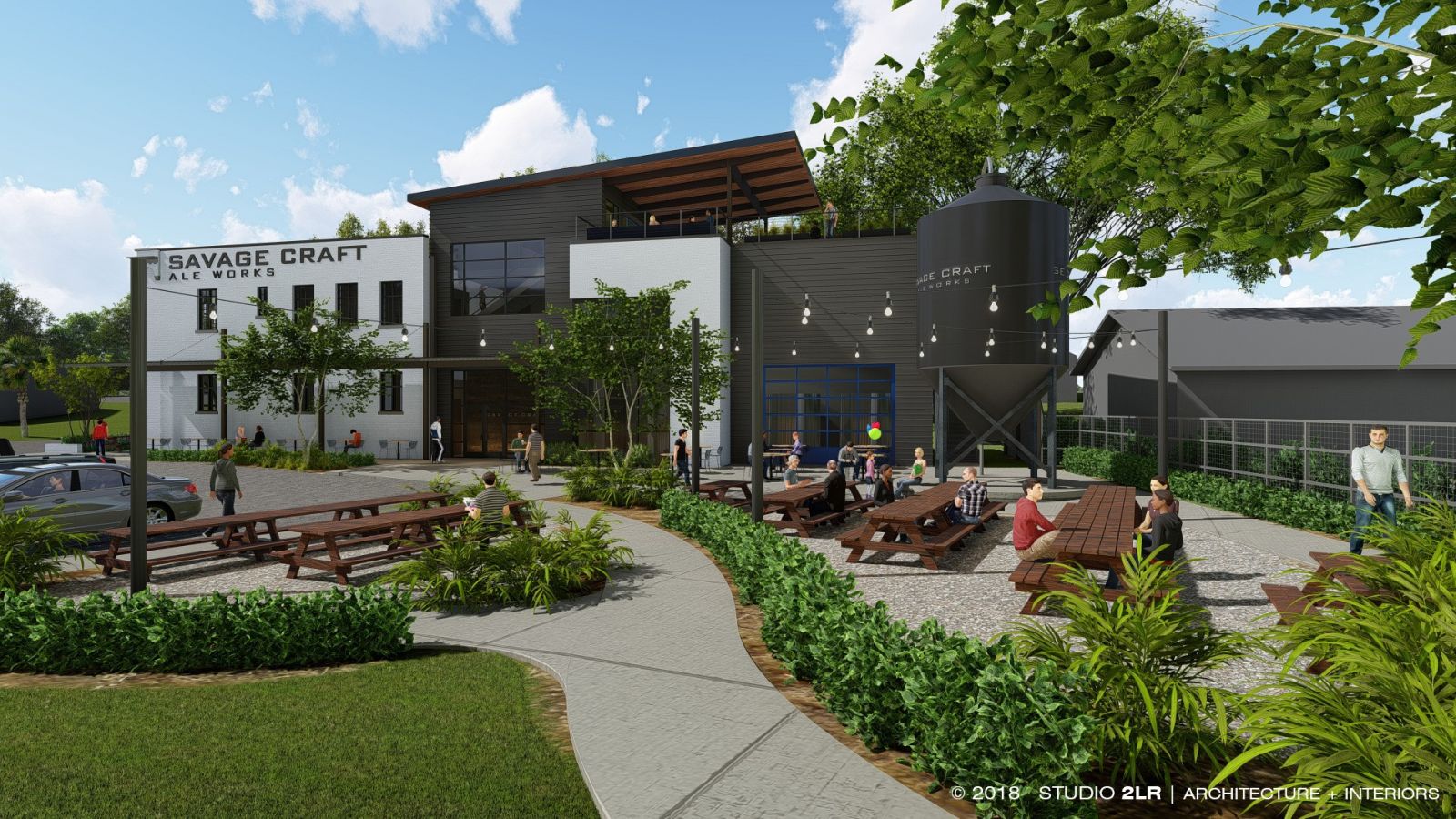 “If you’ve been to Conquest or River Rat — that’s very different than what this is,” Lyles said. “It is a small, intimate, experience-oriented space, rather than ‘Let’s go to a warehouse and drink beer.’ He’s put a lot more into the experience of being integrated into the community.”

The ‘he’ in question is another interesting wrinkle. The principal on the investment team working to make Savage Craft a reality is an affable guy, eager to provide project details — except for one.

An active-duty member of the U.S. Army Special Forces like the other core investors, he prefers not to divulge his full name. But the brewery’s moniker comes directly from his top-secret experiences.

“As Green Berets, we’ve deployed to some pretty interesting parts of the world, the far corners, and we live under pretty austere conditions,” the investor said. “A lot of times we look around, and it’s a pretty savage lifestyle.”

Interested in the hospitality industry since college, the investor, a Charlotte, N.C., native, heard about the West Columbia location from a Special Forces buddy.

“He’s a very driven young man, very passionate about this,” Lyles said. “His vision for this is very defined.”

That vision requires a little imagination at the moment. A large crepe myrtle tree obscures most of the front of a ramshackle 3,200-square-foot brick structure built in 1925 that has been a city hall, a fire station and a residential building. Across a narrow driveway sits a squat, 800-square-foot building built in 1908 that once housed inmates in a city jail.

“It’s a disaster right now, but it will shine up beautifully,” said Lyles, who said design plans are being tailored to qualify for historic tax credits. 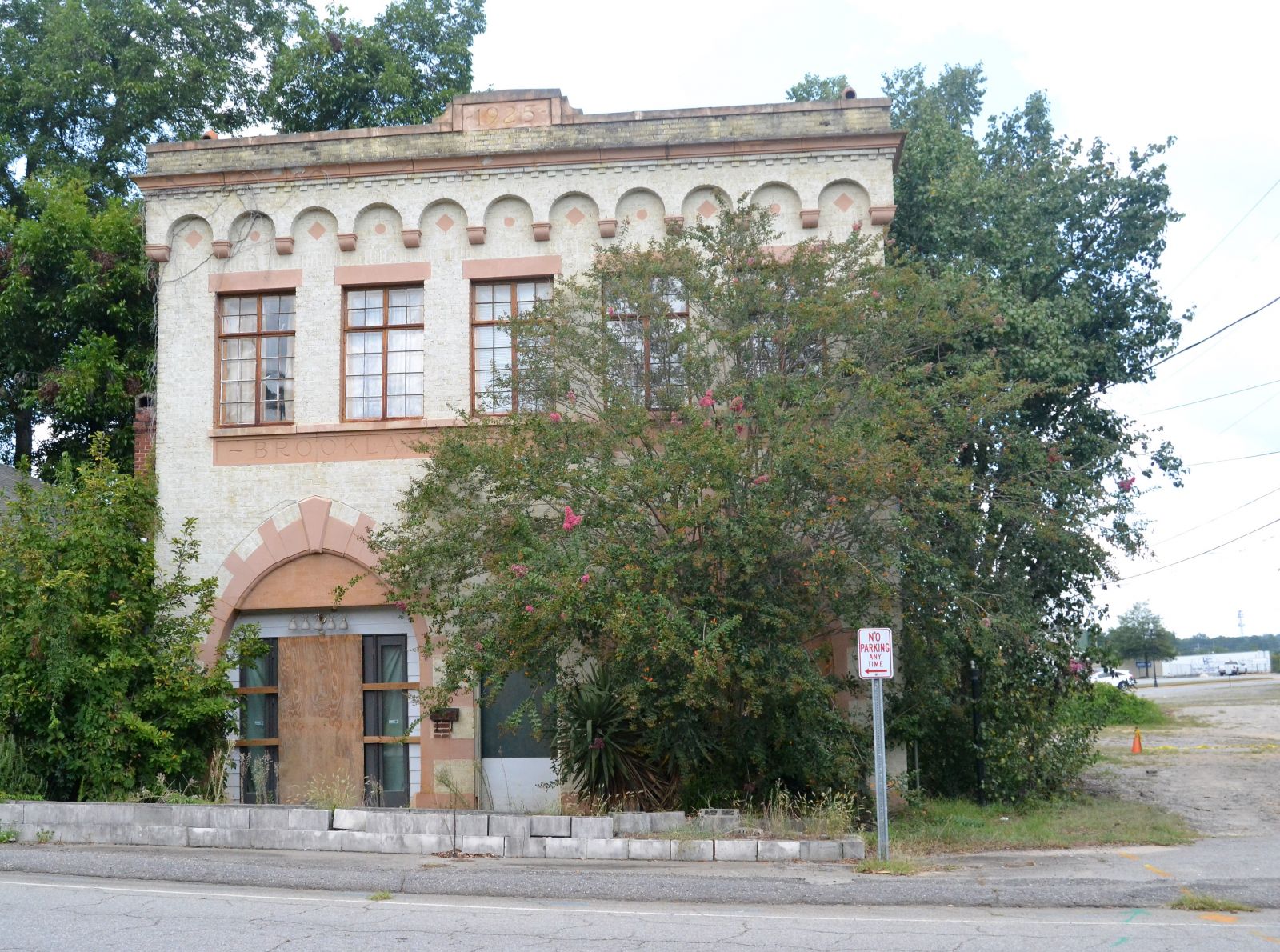 Those plans call for a first-floor taproom featuring 13-foot ceilings and 12 taps — six in-house mainstays and six rotating. A large upstairs banquet room will be available for private functions, and visitors can gaze across the Congaree River and the Gervais Street bridge at the Columbia skyline from rooftop perches.

A large addition in back will feature a beer garden stretching from the first-floor doors, being reconfigured to return to their fire-station appearance, to a parking area planned in conjunction with the city of West Columbia. A stage will play host to live music or a huge screen on which college football games can be projected.

The investor studied at the Cornell School of Hotel Administration before following in his father’s military footsteps.

“I wanted to do something in hospitality. I took all the wine and beer courses,” he said. “That’s where I wanted to be, but I wanted to serve first, because my father was career military.”

Savage Craft is currently the investor’s full-time endeavor, as he’s now a reserve member of the Special Forces, “but that will certainly be on my plate as an obligation,” he said. The military aspect will also be evident in the brewery itself, with community events planned to engage with Fort Jackson personnel as well as West Columbia first responders.

Lyles said Savage Craft is working with Canada-based brewing equipment manufacturer Newlands, which has a facility in Loris, and the investment team is beginning the process of recruiting a brewmaster.

While craft beer will clearly be a focus, plans to produce craft cocktails are also in the works, and food will be served from the jail-turned-restaurant.

The brewery’s proximity to the river and the new, mixed-use residential and retail Brookland development in the heart of an area which adopted a plan in 2016 to become more attractive to artisan businesses has sparked enthusiasm.

“If you put things out in this area, it’s natural for people to want to come and live here,” the investor said. “You’re going to see this area turn over really quickly with a lot of new offerings. And in terms of our space — have you seen anything like this in the Columbia area?”

Lyles, a West Columbia native and graduate of Brookland-Cayce High School, is pleased to see the development springing up across the river and says the brewery will add another piece to an emerging picture that includes the West Columbia Riverwalk Park and Amphitheater and in vogue neighborhood The Avenues.