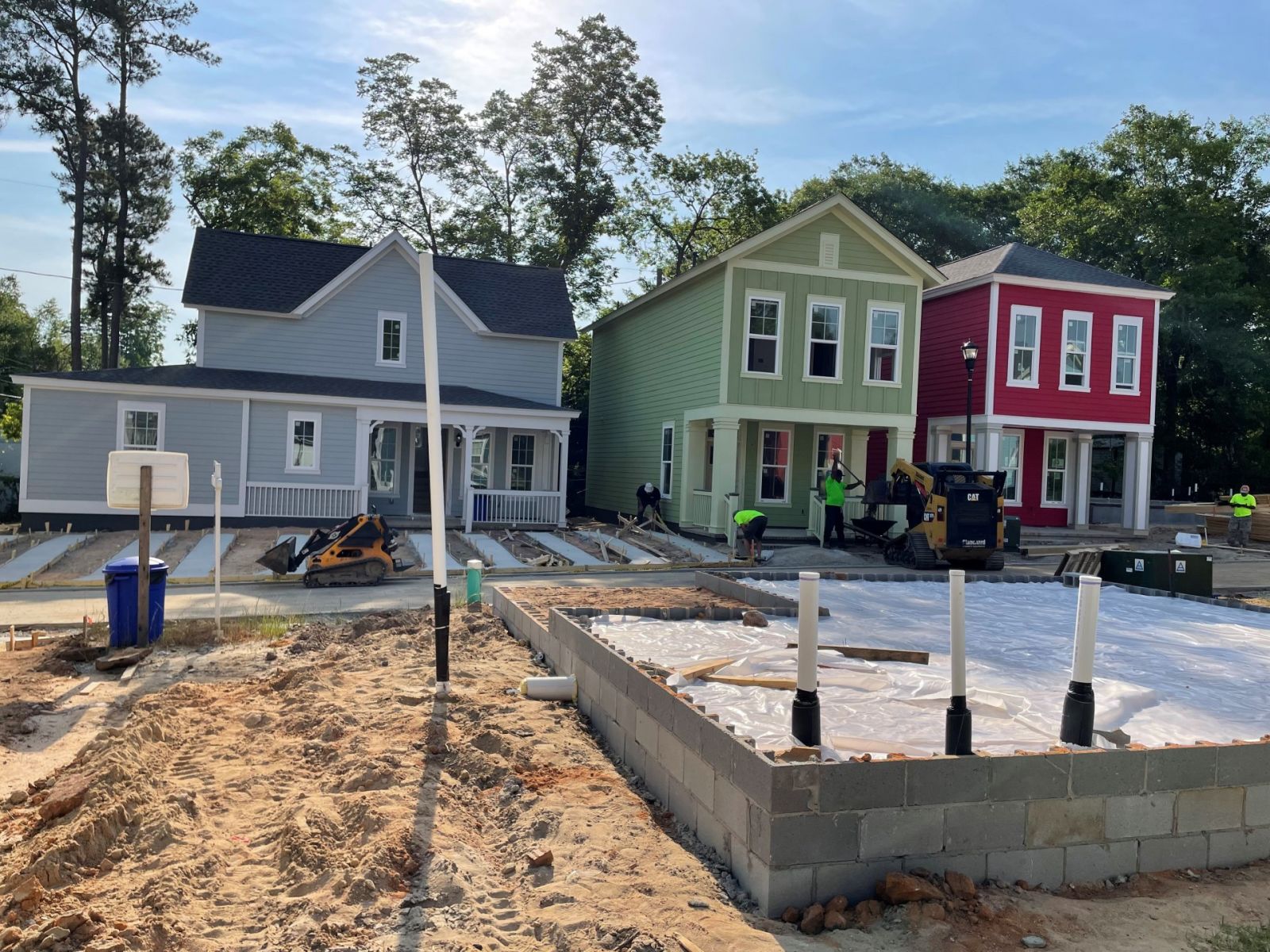 Work on Phase II of the St. Anns Alley single-family neighborhood in West Columbia, which will include 15 new homes, has begun.

The community, bounded by Center, Spring, Herman and Augusta streets in the River District, has released 10 of the 15 lots for sale, with five under construction and expected to be ready for occupancy in July. All 11 of the homes in Phase I of the 34-home development are either under contract or have been sold, according to a news release from developers Spring Street Partners.

St. Anns Alley homes are two- or three-bedroom with two and half baths, ranging from 1,100 to 1,600 square feet. Two parking spaces are allotted to each house, and the neighborhood includes a park, landscaping and sidewalks.

Susan Scoff, the first resident to buy a home in St. Anns Alley, has been living in her Herman Street residence since September.

“I wanted somewhere that was going to be walkable,” Scoff said in the release. “That is really hard to find in Columbia. I just didn’t want to live out in the suburbs. I wanted to live close in town, somewhere I could get out and walk different places.”

Alan Bevard said that livability, walkability and proximity to downtown Columbia led him to buy his Augusta Street home in March.

“I work downtown, so something close to everything was something that I was definitely looking for,” said Bevard, who likes being able to walk to the West Columbia Riverwalk and other area attractions.

“Being close to everything is really nice,” Bevard said.

Other home amenities include 9-foot ceilings, stainless steel appliances and granite countertops. Many homes in the urban infill development have little or no yard.

“These new homes offer high-end finishes in a growing community, all at prices below the monthly rent of popular new rental units in the local area,” Baldwin said.