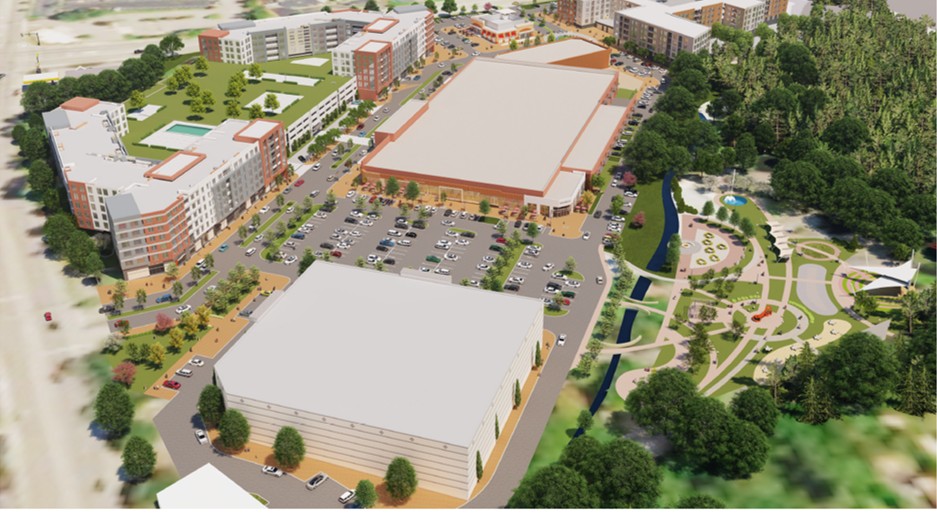 Richland Mall will be sold and demolished and a redevelopment project with an estimated value of $100 million will go up in its place, according to detailed plans released Nov. 9.

Southeastern Development of Augusta, Ga., is under contract to buy the property at the intersection of Forest Drive and Beltline Boulevard.

City of Forest Acres officials in a news release called the plan the “single-largest economic development investment in Forest Acres in 35 years.”

The redevelopment plan for the 32-acre site calls for a mixed-use property that includes retail, a brewery or tap room, a large green space for events and concerts, a grocery store and apartments, according to the release.

“We wanted a long-term solution for the mall property,” said Tom Andrews, a member of the Forest Acres City Council and mayor pro tem. “We’ve come to learn that to be successful, the mall property has to be completely reimagined to deliver a thriving commercial space.”

“We’ve seen the potential in the property for years and the location has huge appeal,” Jason Long, vice president of Southeastern Development, said in a statement. “Forest Acres and Richland County shared our vision of taking this functionally obsolete mall, demolishing the majority of the structures and redeveloping the property into mixed-use development. We look forward to delivering a space that can be enjoyed by the entire community.”

Richland Mall first opened in 1961 as an open-air shopping mall, and then in the 1980s was converted to Richland Fashion Mall, an indoor venue with a food court and large parking garage. Occupancy has dwindled over the past 10 to 15 years, with currently only three tenants occupying nearly a million square feet of retail space. The structure also has fallen into disrepair in recent years.

The only two anchor stores remaining at the current mall are Barnes and Noble and Belk.

Southeastern is expected to close on the property soon and then hire an architect to begin drawing up a site plan, a process that will take about six months, according to the news release.

Long said Southeastern plans to rehab the old Parisian department store building along Forest Drive, which eventually will become the new site of Belk. After that, Southeastern will begin tearing down most of the rest of the existing structure, which is largely made of concrete.

“The current structure is an uninviting concrete fortress,” Long said. “The mall was added on to so many times over the years that it doesn’t feel like a modern planned project. Thus, retailers don’t want to lease at the site because it’s not a good shopping experience. It will take us years to demolish and redevelop this property, but that’s what must happen.”

Current estimates by Southeastern indicate it will be four or five years before the first phase of the project, including mixed retail, apartments and a 100,000-square-foot grocery store, will open. The grocery tenant is yet to be named.

Plans call for the construction footprint of the new development to be about one-third of the current mall’s size, with about 215,000 square feet of retail plus apartment homes.