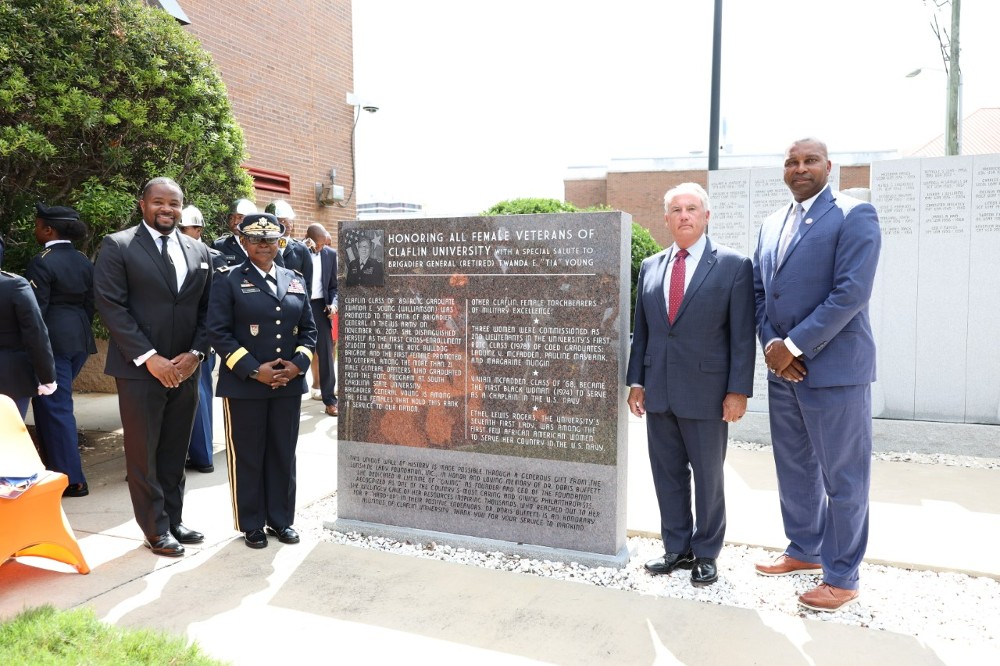 Claflin University recently unveiled its Veteran Women Monument, the first of its kind at a historically Black college or university.

The monument is a tribute to women who graduated from Claflin and also served in the U.S. military. It stands near the James and Dorothy Z. Elmore Chapel and shares an area with Claflin’s Veterans Monument.

At the unveiling ceremony on Aug. 26, the university also honored retired Brig. Gen. Twanda E. Young, a 1989 Claflin graduate. She retired from the U.S. Army in June 2020 after more than 30 years of service and was the first woman commissioned from the ROTC cross-enrollment program at South Carolina State University’s Bulldog Battalion to earn the rank of brigadier general.

Young told attendees at the ceremony that she was honored to represent the 46 women veterans from Claflin honored along with her on the monument.

“My story is not that different from other women veterans who have served or continue to serve their country with pride, perseverance, commitment and distinction,” Young said. “We all have compelling stories. We all have stood with our right hand raised and spoke those indelible 72 words as we swore to support and protect this constitution.”

Young’s long military career led to her induction into the Claflin University Hall of Fame in 2018.

She presently serves in the executive-in-residence program at Bowie State University in Maryland. The program encourages leaders to support students and the mission of the university.