They also occupy a spot in her company.

Inspired by teachers like her mother and searching for ways to help meet a ramped-up production schedule that can see the generic drug manufacturer package and ship as much as $3 million worth of merchandise in a weekend, Kennedy created a unique solution: Nephron’s educator outreach program, which employs teachers looking to make extra money on a part-time basis. The teachers work around their classroom schedules and responsibilities while pocketing $21 an hour. 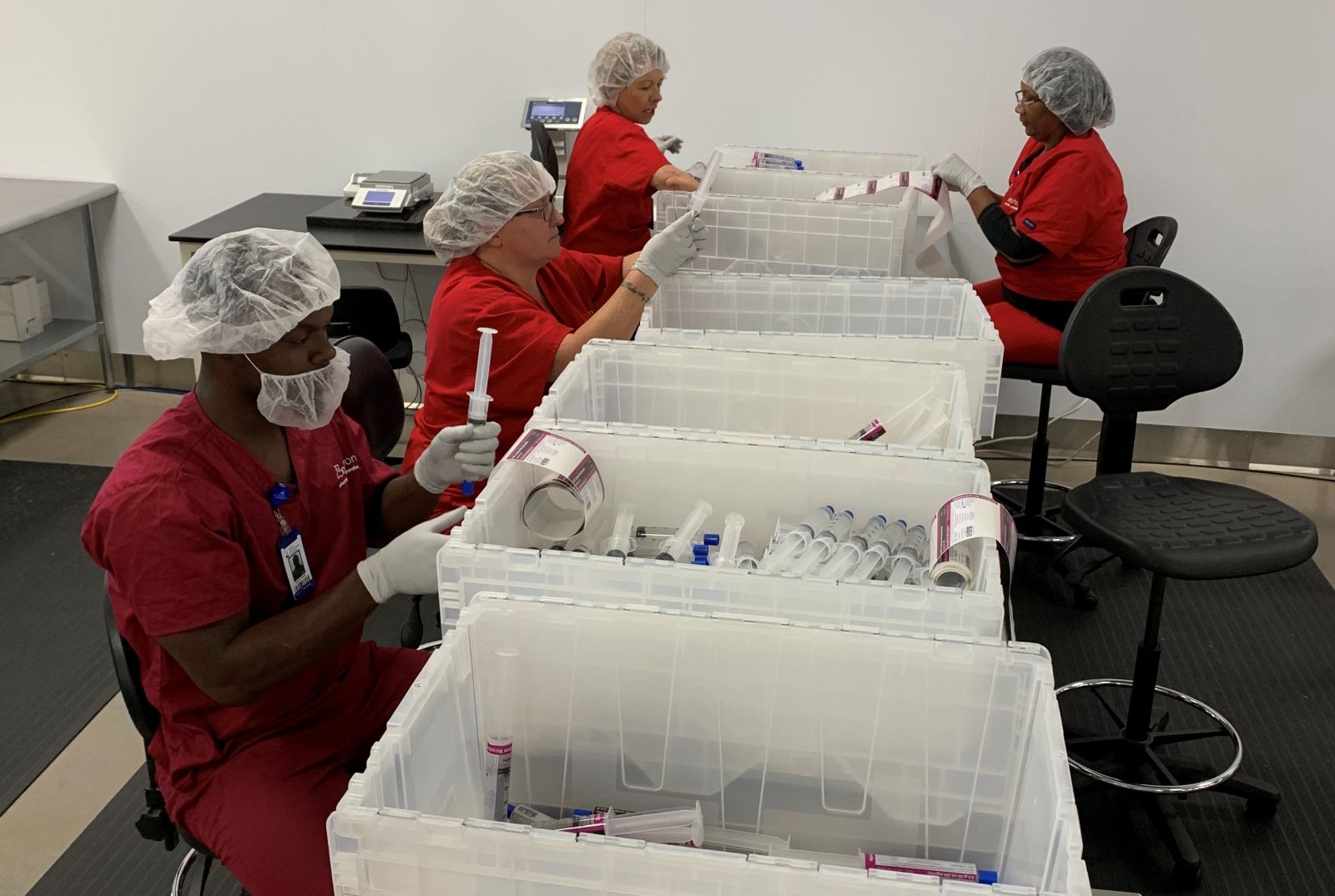 “It’s a good way to recognize the sweet teachers who work so hard,” Kennedy said. “We all know they could make twice what they make, and it still would never be enough for what they do.”

While altruistic, the educator program also serves a practical need. Since announcing 5% across-the-board raises in January 2018 that the company attributed to savings from tax legislation passed by Congress the previous December, Nephron’s workforce has swelled from 640 to more than 1,000, Kennedy said. The company’s work providing generic versions of expensive drugs to hospitals, as well as alternatives to opioids, is also driving demand for Nephron’s products while specialized automated equipment needed to package and ship the medication is custom-made.

“I think it’ll take me about 18 months to two years to get enough automation to be able to do all the things they’re helping us do,” Kennedy said. “This is getting us through. Our orders are through the roof, and we needed some help.”

Educators such as Alex Roberts happily stepped up.

“Somebody said, ‘The way I make extra money is I work at Nephron,’ ” said Roberts, who works with educators in professional development utilizing data-driven tracking of student and teacher scores.

Roberts’ interest was immediately piqued, especially as his wife had to leave her job because of the demands of caring for their middle child, Judah, who has autism.

“My teacher salary was incredibly difficult to run off of” for a family of five, said Roberts, who also plays in a local cover band for extra income. “I’ll do anything within reason to help take care of my family.”

Roberts first tried to work at Nephron after school, but “apparently every teacher in S.C. wants to come at that time,” he said — an assertion borne out by Nephron’s overflowing parking lot on a recent weekday. He now works three or four nights a week, usually from 8 p.m. till 3 a.m., visually inspecting medication packaging for machinery debris or defective syringes.

“I expected more warehouse work, lifting and moving boxes,” Roberts said. “It’s a lot more than that. We also do the packing. (Recently) I did shipping for the first time, (but) it changes from day to day based on what their needs are.”

The first weekend of the educator program, around 50 people showed up, Kennedy said. As word spread, the numbers grew, from 200 to 400 to 600. Teachers came from all over the state, including as far away as Lancaster and Florence, she said. Some of them bring spouses or children in tow.

“It’s been a recruiting bonanza as well,” Kennedy said. “If you’ve got the vim and vigor to do it, then we’re paying $21 an hour. It’s not just $9 (an hour) work at the Starbucks counter. It’s meaningful money.”

The pay obviously appealed to Roberts, who said he also enjoys the work and the camaraderie he’s built with other teachers.

“The job itself is almost relaxing compared to what I do on a day-to-day basis,” he said. “You don’t have to make decisions. It’s a cool, climate-controlled factory, clean. It’s not a terrible place to spend a few hours doing important work … There are some incredibly high-tech things going on in there that I didn’t even know existed. We’re looking at life-changing medications that hospitals need quickly, and we’re providing that. That kind of motivated the teacher heart in us.”

Kennedy has been moved by stories she’s heard from the teachers, including a single mom who needed new tires and another working toward her master’s degree. And Roberts said working at Nephron has given him a different, valuable perspective.

“I have, but a lot of people have never worked in a traditional factory setting,” he said. “I think it gives a lot of insight into the communities that we work in. It can be incredibly tiring to do that kind of job 12 hours a day. You can understand if parents are tired or hard to reach.”

Roberts said he’ll keep working at Nephron “as long as they will have me” and hopes to work a maximum of 35 hours a week this summer.

“It’s sad how teachers have to do this to make ends meet, (but) it’s been a positive for me to see our workforce in action out of the classroom,” he said. “You won’t find a harder-working group, except for nurses. I like the fact that we’re getting an opportunity as a teacher culture to show how our work ethic fits in a different situation, because the normal person doesn’t understand what teachers do on a day-to-day basis.

“If more companies did this, we could probably change productivity in a lot of places.”