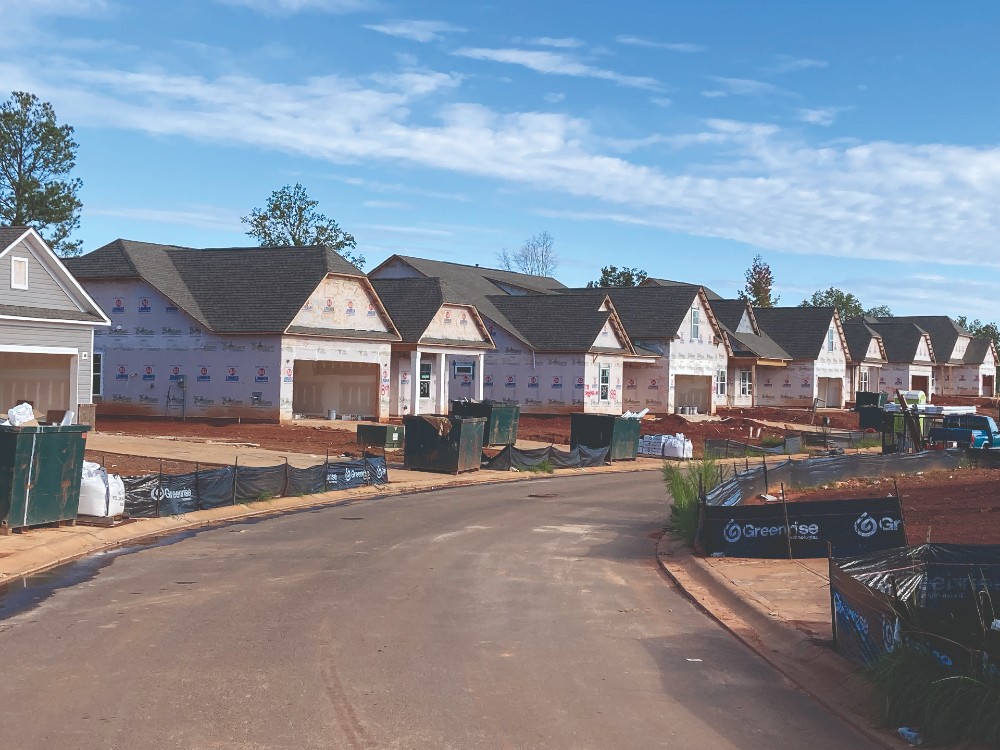 The seasons are changing in South Carolina and so are conditions on the residential real estate market, with recent statistics suggesting it is no longer exactly a buyer’s or seller’s market in many regions of the state.

For buyers, home prices remain high while interest rates on mortgages are going up as the Federal Reserve has raised rates in an effort to slow inflation.

Meanwhile, unlike this time last year, sellers are not seeing their homes get snapped up as quickly in some parts of the state, with the amount of available inventory slowly rising in some areas while the number of buyers decreases, experts say.

At the same time, many renters are having a hard time finding available and affordable space because of a lack of available rental units, and builders aren’t rushing to build new ones in some markets because of high building costs and difficulty finding property.

“It’s harder to buy and harder to rent right now than it was last year,” said John Smith, president of the Central Carolina Realtors Association. “That is something we’re seeing in the Midlands and also what we’re hearing from people in Greenville and Charleston as well. The market for sellers is still good, but some sellers are pulling back because the demand has dropped. In many cases, they’re not getting the prices for their home that they got back in March and April of this year.”

Prices for a new single-family home in the greater Columbia area continue to remain high, with the median sales price in the Columbia market at $276,790, according to an August market report from the S.C. Association of Realtors. That’s up from an average price of $274,818 in July, and 20.3% higher than the median price in August 2021.

This follows a statewide trend, according to statistics compiled by the association, which indicate that median sales prices jumped 19.7% in the second quarter and 17.6% in July alone.

While they might get more for their home, it is taking sellers a longer time to make that sale.

Sellers in the Columbia area are facing a slightly longer wait times to sell their homes, with average days on the market rising to 22 days in August from 21 in July, according to statistics from the Consolidated Multiple Listings Service, which covers listings in the Columbia metropolitan area.

The supply of inventory in the region also was at 1.6 months, the same as in July but a 45.5% increase over July 2021, according to the CMLS report.

Buyers in the region are facing challenges both because of the sales price increases and rising interest rates, the report indicates. For August, the Columbia region’s housing affordability index fell to 86, which means the median household income is 86% of what is necessary to qualify to buy a median-priced home under interest rates. In August 2021, the index was 103, a 12-month decline of 16.6%.

“With the rise in interest rates and inflation, some of the buyers have dropped out of the market,” Smith said.

Meanwhile, the amount of new housing starts around the state is dropping because builders are facing dramatic increases in construction costs, brought on both by inflation and lingering supply chain problems.

Renters are also facing an uphill battle statewide as the number of available rental units shrinks, driving prices up.

The shortage and high cost of rentals is especially hard on lower-income renters, according to the new “Out of Reach Report” released in late July by the National Low Income Housing Coalition.

According to the report, South Carolina is No. 28 in the nation for highest housing costs relative to income. The report shows that a minimum wage worker making $7.25 an hour would have to work 91 hours a week to afford a modest one-bedroom rental home. According to the report, the state’s average housing wage is $19.30 an hour, which is the amount someone needs to earn to afford an average two-bedroom apartment at fair market rate without paying more than 30% of income for housing.

According to Rentcafe.com, a nationwide apartment search website, the average monthly rental rate in the Columbia area is currently $1,321, with the highest average being downtown at $2,013 and the lowest in some of the perimeter neighborhoods at $985.

“Builders are having challenges finding places to build multi-family properties for rentals,” he said. “There’s a challenge in finding vacant lots where cities and towns also have ordinances that allow that type of building.”

Builders interested in putting up rental units are also facing the ongoing challenge of higher supply costs when and if they do secure land where rentals can be built, Smith said.

“It’s a double-edged sword with a shortage of availability of good places to build coupled with builders’ inability to build affordably,” he said.

While the real estate markets continue to sort themselves out, Smith said those looking to buy homes in the future can follow some old-fashioned advice that stands up no matter what market trends are: save as much money as possible for a down payment, show prospective lenders good credit, and find a good local real estate agent.

“Continue to improve your credit as much as you can and try to work with a Realtor who is knowledgeable about a particular market you’re interested in,” Smith said. “Also make sure you’re on the Realtor’s watch list for properties that come available so that if you get pre-approved by a lender and you find something you like, you can be ready to go on a sale right then.”