Columbia Fireflies fans will soon have a place to enjoy a few cold beverages before the first pitch or grab a meal after the final out.

Chef Scott Hall opened the Bone-In food truck when he returned to his hometown of Columbia in 2009. He spent 12 years in New York City at different restaurants and opened a catering company he called his entrance into the culinary world. 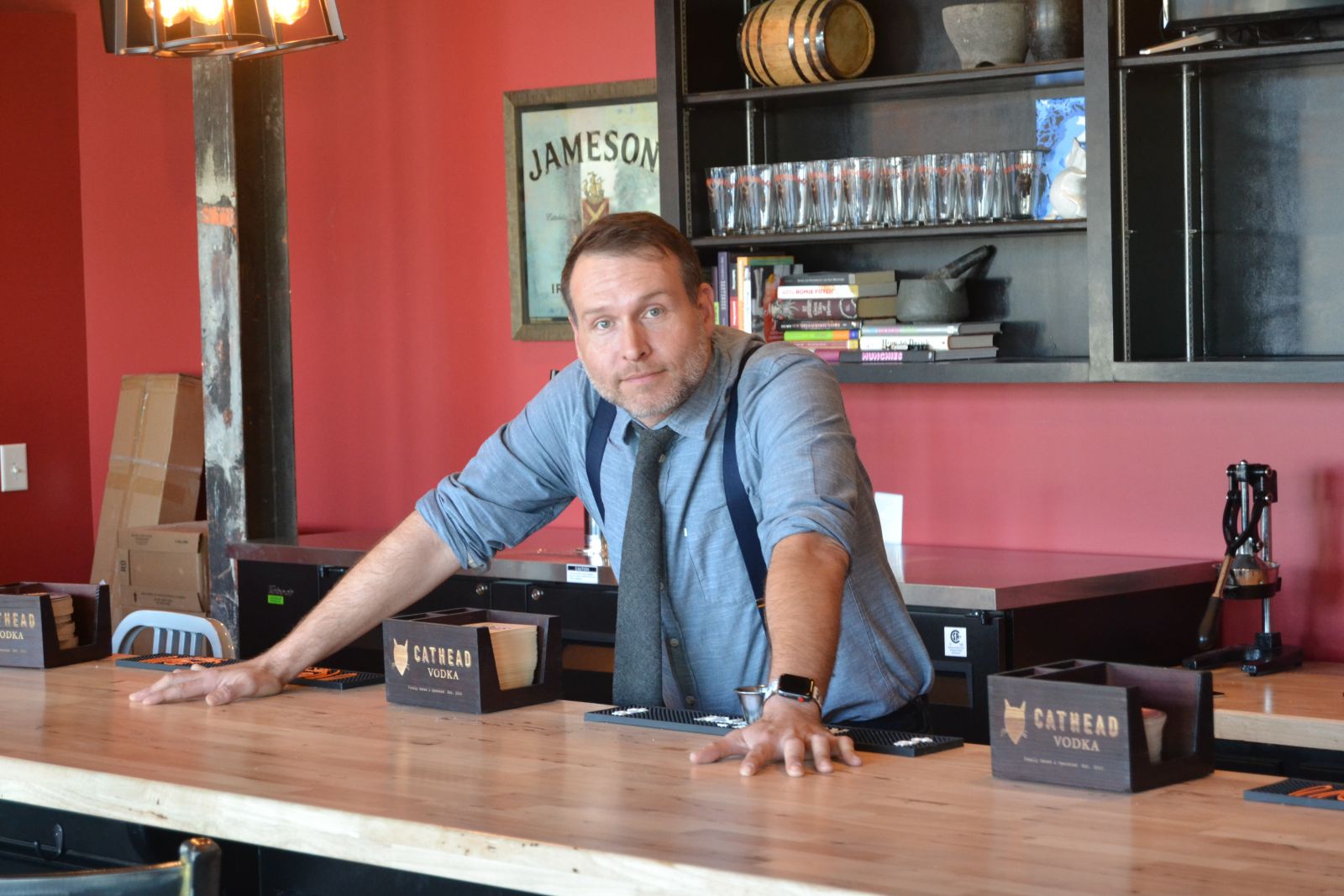 “I came back to specifically open a food truck, which is how Bone-In got started,” Hall said. “We had a great rapport with the people of Columbia and were named one of the top 20 food trucks in the U.S. by Smithsonian magazine.”

Hall also continued catering, but barbecue remained his passion. While working an event, he was approached by Robert Hughes of the Hughes Development Co. with an offer to open a restaurant in the Ensor Building at the BullStreet development transforming the site of the former S.C. State Hospital.

“They saw an opportunity that would set the tone for the entire BullStreet complex,” Hall said. “Somebody had to be first, but honestly, I didn’t want to open a restaurant. I worked in restaurants my whole life, and I know how stressful they can be to operate.”

Hall took a tour of the building out of curiosity and immediately had a vision for what the property, site of the hospital’s old laboratory and morgue, could become.

“I put on a hard hat and walked in,” Hall said. “It was in much different shape that what we have now. There were compartmentalized rooms and sheet rock peeling from the walls. It was like Silent Hill (the survival horror video game where players navigate a dilapidated town). It was terrifying.”

Things got less scary when Hall looked at Spirit Communications Park, Ballpark Digest’s 2016 Park of the Year, across the plaza. He started to imagine what might be possible with a restaurant.

“Before we got halfway through the tour, I told myself I had to do this,” Hall said. “There was a vision right from the start. Seeing the beautiful brick and imagining the wall of glass and garage doors leading to the patio, I thought it would be something special.” 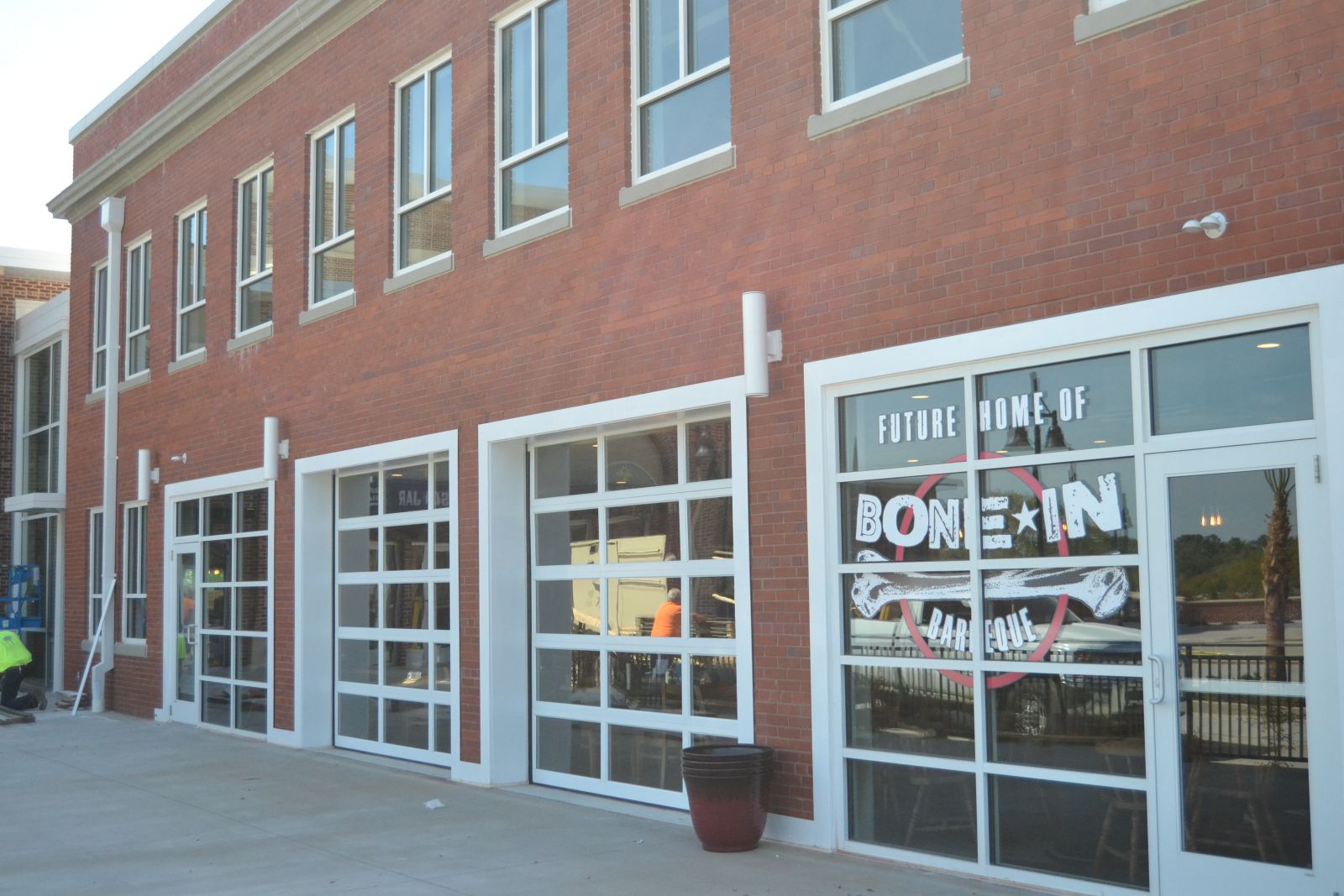 “It’s a nice option for folks that get here early, but people coming to the ballpark are looking for hot dogs and beer. That’s our wheelhouse,” Katz said. “It’s a nice place for people to stop before or after a game, but I don’t think them being in business hurts us. I think we’re just going to help each other.”

Another reason Hall wanted a brick-and-mortar location was the ability to serve alcoholic beverages. Hall said he has always been interested in cocktails, wine and beer, but was unable to explore those options from the food truck.

“A key for me was having a comfortable, luxurious, easy bar that felt right sitting at ­— from the material it was made from to the lighting to where it sits in the restaurant,” Hall said.

Hall’s bar is the heart of the restaurant, centered in the middle of the main dining area and visible from all points in the establishment. Hall’s father, a former construction worker, built the bar with soft rubber wood.

“We’ve always had non-traditional takes,” Hall said. “We like to experiment, and it feels comfortable to do in a place like this.”

Hall said he doesn’t plan to use an open pit like other barbeque restaurants but rather a chamber smoker where he can control all the elements such as temperature, humidity and smoke.

“It’s not magic, it’s science,” he said. “This building has an interesting history as the long-time center of research for the property. That’s near and dear to us because we’re a science-oriented food company.” 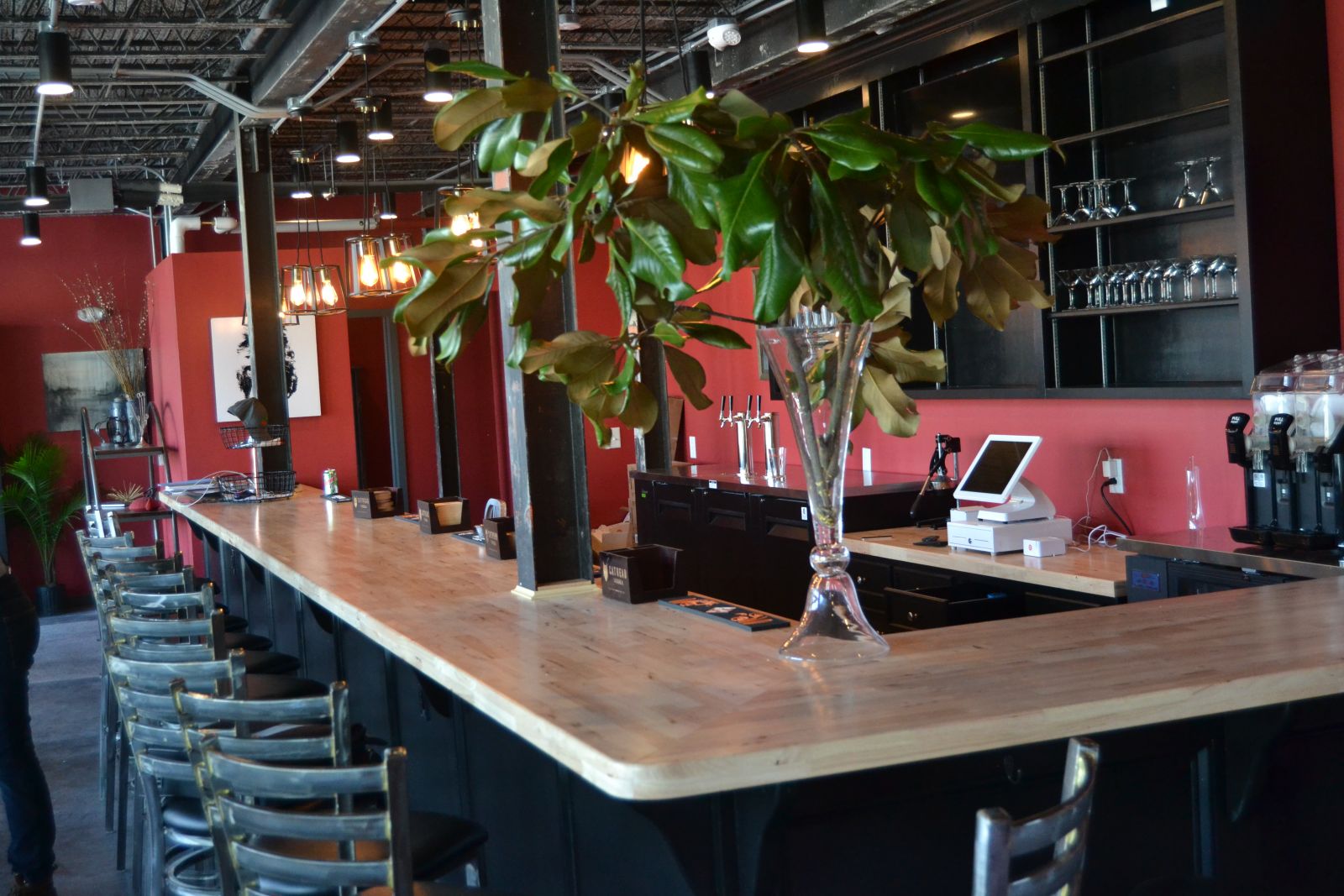 The building features a floor that is a patchwork of concrete and terrazzo, a flooring material consisting of chips of marble and granite set in concrete and polished to give it a smooth surface.

“We stained the floor, but the terrazzo wouldn’t accept the stain, so you can see some of the old outlines of (Ensor’s) rooms and hallways,” Hall said. “It gives it great character, and customers will get a glimpse of what it used to be, see the bones of the old floorplan.”

Hall also pointed out the distressed, exposed brick-and-metal columns rising from the middle of the bar.

“I love the distress,” he said. “It anchors the past into the space.”

Davis Buchannan handled the construction of the building, and Hall said the company has answered every question.

“We haven’t hit many roadblocks, but anything that comes up, they are there with a solution,” he said.

Hall said he knew he made the right decision in August during the total solar eclipse, when more than 9,600 fans packed Spirit Communications Park for baseball with a side of celestial history. He said the event was a great example of community events taking place at the park and at BullStreet.

“As interesting as BullStreet is, with the iconic dome I remember seeing all my life, having the opportunity for Hughes Development to come in to save it and turn it into one of the coolest spaces in the Southeast … this was a no-brainer for me,” Hall said. “If I had not taken this chance, I would have regretted it the rest of my life. This project has momentum, and I can’t imagine a scenario where it doesn’t work.”

This story originally appeared in the April 9 print edition of the Columbia Regional Business Report.