This South Carolina entrepreneur on finding the magic formula for success

When PIxie Paula Dezzutti was a child, her mother frequently cut her hair in the short bowl style known as a pixie cut. Decades later, someone remembered that signature hairstyle and claimed it suited Dezzutti because “You’re such a little pixie.”

The nickname stuck and she embraced it.

She readily identifies herself as Pixie Paula Dezzutti when giving interviews or speeches and includes the name in bios distributed for her many business interests, which run the gamut from financial planning and real estate development to ventures in the spirits industry as owner of Charleston’s Striped Pig Distillery and Local Choice Spirits.

Earlier this year, she also branched out into biopharmaceuticals when she became the owner and CEO of Columbia’s Sycamore BioPharma, which makes organic CBD products including pain relievers and sleep aids.

Dezzutti even owns her own recording studio and record label, Pixie Records, and also Charleston’s SKIRT magazine, which focuses on women’s interests.

Her nickname goes along with her approach of bringing a little something special to every new venture she tries. 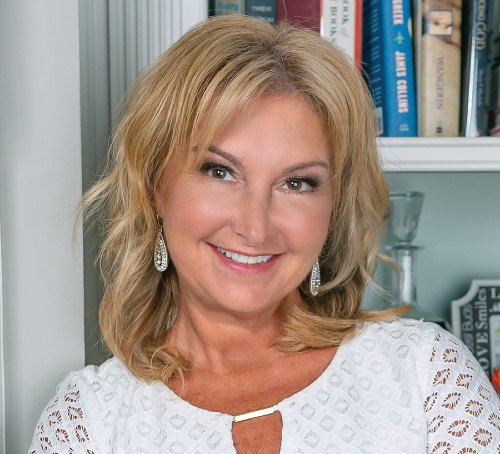 “I think it’s important for a woman entrepreneur to pull out that pixie dust,” she said in a recent interview. “Keep your head up, move forward and make all the magic you want. It’s important for any business or any brand to be open to a little magic, to doing something different.”

Pixie Paula’s interest in business goes all the way back to those childhood days when she sported a pixie cut. Her first earnings were nickels she got for sweeping up hair in her aunt’s beauty parlor. There, she met women who sold Avon cosmetics. That made her realize women could run their own businesses. Dezzutti’s first step as an entrepreneur was selling Avon, and she never looked back.

Her first career was in financial planning, and from there she moved into real estate and other ventures which included running a gourmet cafe in her native Connecticut. At one point, because her cafe sold gourmet chocolate, she even had a contract to make chocolate dog bones as a promotion for the University of Connecticut Huskies, her alma mater.

Dezzutti’s path brought her to Charleston back in 2008, and in 2010 she founded Local Choice, an interesting choice as she herself doesn’t drink. However, she realized the growth potential in the spirits industry and also the role it could play both in bringing people together and in local philanthropy.

She is always interested in the next big thing, which is why she has gotten involved in the booming CBD industry and has become an outspoken advocate of cryptocurrency.

Dezzutti’s role as a distillery owner in an industry dominated by men also has made her an ardent advocate of women-owned businesses and financial literacy for women.

“Women need to realize whatever they do has measurable impact through commerce, and I want them to scream their impact from the rooftops,” she said. “We as women need a larger collective voice so we can get involved with more big financial deals and move our businesses ahead.”

While she was building her businesses, Dezzutti also raised nine children as a single mom. She embraced the challenges wholeheartedly and now many of her children are involved in business with her, including six who work alongside her at Striped Pig.

She encourages women not to look at motherhood as an obstacle to starting a business but a motivation.

“Starting your own business can be your saving grace because you will have more control over your own endeavors and you’ll be in charge of putting a roof over your child’s head,” she said. “The resources are out there as long as you’re not afraid to try. Why not be your own board of directors?”