While it may have been an unusual sight to see a bank doing business on a federal holiday, Optus Bank had a purpose for opening its doors on Monday.

As crowds celebrated the birthday of Martin Luther King Jr. a block away at the S.C. Statehouse, folks filled the bank’s lobby at 1241 Main St., mingling amid hot chocolate and coffee in support of both the business and its goals.

“This is arguably one of the most important banks I can think of,” said Kat Taylor, co-founder and CEO of Oakland, Calif.-based Beneficial State Bank and wife of Democratic presidential candidate Tom Steyer. 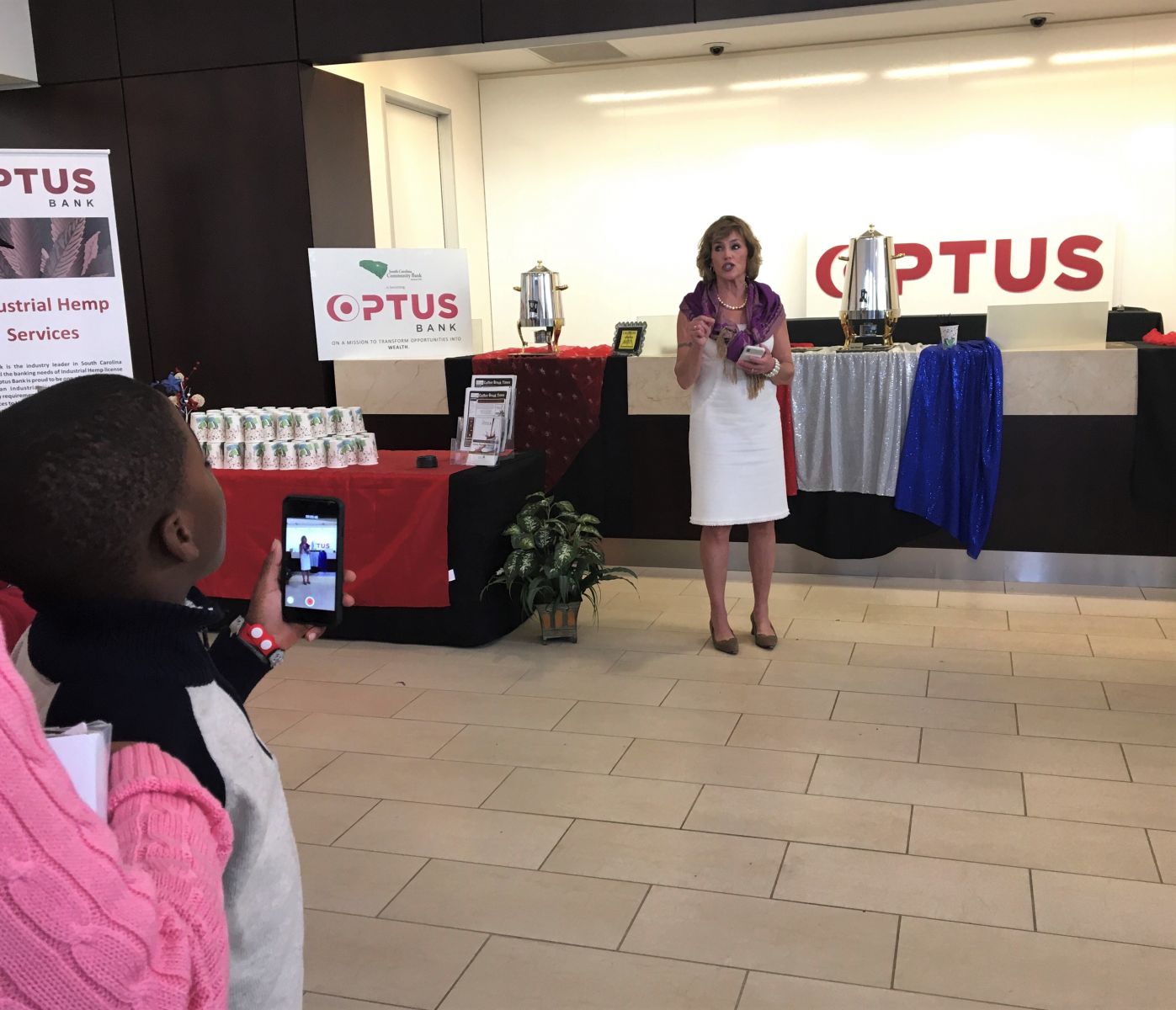 While her husband joined seven other candidates vying for the Democratic nomation at a nearby event honoring King, Taylor shared words of support for longtime friend Dominik Mjartan, president and CEO of Optus Bank. Founded in 1921 as Victory Savings Bank, the first black-owned bank in South Carolina, the institution is finalizing its name change and transition to its Main Street office. It was known as S.C. Community Bank from 1999 until its relaunch as Optus last year.

In light of these upward trends, the bank was removed from the Federal Deposit Insurance Corp.’s troubled bank list in March 2018. But the number Mjartan, who became the bank’s CEO in September 2017, points to with the most pride is this: Nearly 90% of Optus’ loans are invested in low-income communities or minority businesses or homes.

“We need banks to come back to Main Street and support our communities, because that’s where they’re getting their deposit funding from,” said Taylor, who first met Mjartan during his 12 years with Arkansas-based Southern Bancorp. “Banks are quasi-public, and they should serve the public interest.”

Jennifer Clyburn Reed, a Columbia businesswoman, the director of USC’s Center for the Education and Equity of African American Students and Clyburn’s daughter, said Optus has helped her do just that. One of the businesses Reed runs with her husband, a real estate company called Magnolia Blossom S.C., purchases and renovates abandoned houses, then sells the properties to first-time homebuyers.

“Building home ownership is important,” Reed said. “The partnership that we want with the bank is to create an entity where these first-time homebuyers feel safe, feel comfortable, feel supported, so that when they are ready to purchase, leaving the rent behind … they can come through Optus Bank and be prosperous.”

That idea is at the heart of Mjartan’s mission-based banking philosophy, which maintains that banks can help people underserved by traditional banking models build wealth while also turning a profit.

Mjartan pointed out that in King’s last speech, delivered in Memphis on April 3, 1968, the day before he was assassinated, King called for the strengthening of black businesses, encouraging listeners to deposit money in black-owned Tri-State Bank of Memphis.

“He clearly understood that economic justice, economic rights, are going to have to be the future of closing the gap,” Mjartan said. “It’s very symbolic for us to open the doors and tell the story of our bank that really builds on his legacy.”

Optus staff members answered questions and helped open accounts Monday, with some of Clyburn’s grandchildren among the bank’s newest customers.

“Building that home ownership, building that economic prosperity — opening a bank account is the beginning of that,” Reed said. “It is not lost on me that this is the only black bank in South Carolina (with) primary African-American ownership. It is imperative that these entities exist.”

Optus is just one of just 21 majority black-owned banks in the country, according to a November 2019 article in American Banker. In 2007, that number stood at 44, according to financial website nerdwallet.com, which noted the communities served by black-owned banks experienced higher-than-average job losses and home foreclosure rates during 2008’s Great Recession.

“It’s so important to have, in addition to mission-driven banks, to have black- and brown-owned banks,” Taylor said. “We need to put more and different people in charge. Banks are critical institutions in society, so we need the voices that have been left out of the economy for so long to be in positions of control.”

Taylor and Steyer believed so strongly in Optus, a Community Development Financial Institution like their business, that a phone call from Mjartan detailing his bank’s rebranding resulted in a $1 million deposit in Optus’ coffers from Beneficial State Bank.

“We’re now partner banks,” Taylor said. “We try to work together on policy issues like CRA (Community Reinvestment Act) reform. We talk to each other about the possibility of lending together or sharing loans. We provide some deposit capital, and both of us are raising outside capital as well. We have a lot of things to talk about and kind of develop best practices together.

“We’re very dedicated to this mission, just as Optus is.”