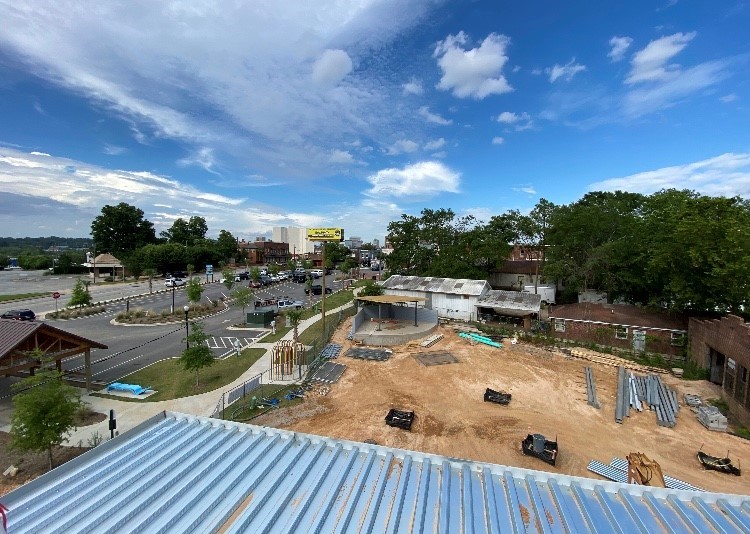 Workers laboring to turn a former jail into the kitchen that will supply food for a new West Columbia brewery unearthed an interesting — and prescient — discovery.

A decades-old newspaper article liberated from the small, dusty rooms that were once jail cells detailed the confiscation and pouring out of moonshine on the grounds of the jail, built in 1908. During Prohibition, the area then known as New Brookland saw a steady stream of bootlegger traffic across the Congaree River.

Historical accounts also chronicle efforts to steal liquor stored in the 800-square-foot jail, feet from where revelers will down a variety of brews by the end of September if the construction of Savage Craft Ale Works continues on a schedule that has soldiered through several significant disruptions.

Financed by a core of investors who are active-duty members of the U.S. Army Special Forces, the brewery began to take shape in the fall of 2018, when Studio 2LR Architecture + Interiors drafted plans for a two-story brewery, complete with rooftop seating and a spacious beer garden, to expand a 3,200-square-foot, two-story building at 430 Center St. that has been a city hall, a fire station and a residential building since its 1925 construction.

Plans then called for a summer 2019 opening, but that date proved too ambitious as red tape involving a shared parking lot with the city of West Columbia as well as other municipal minutiae had to be navigated. A 54-inch drainage pipe to deal with storm and sewer issues in the low-lying area had to be approved and installed, and the original company the investors chose to manufacture brewing equipment went bankrupt last summer. 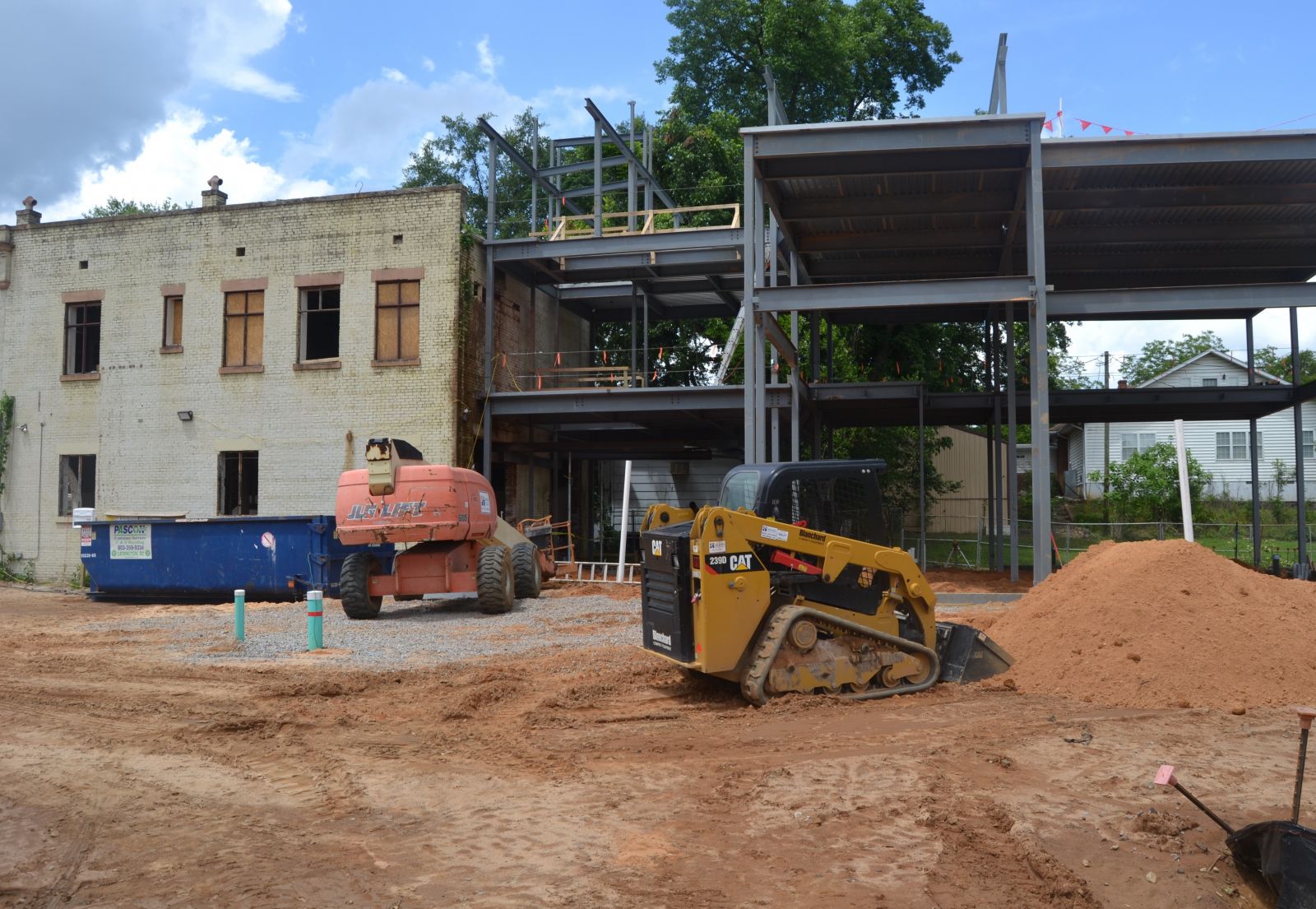 Oh, and a global pandemic caused supply chain issues and led to some internal second-guessing.

“Certainly, there were a few moments early on where I think some of the team was questioning the sanity of what we were doing,” said the principal of the Baumer Holdings LLC investment team who, because of his active-duty special forces status, prefers not to divulge his name.

“There were some questioning times of what kind of environment we were opening up into and whether this made sense. We had a few broad discussions about that and decided that we still really wanted to move forward with the project.”

“Anytime you come to a city, you deal with different interests,” John Karlovec said. “Things never happen as quickly as you hope. In a way, that’s sort of been a blessing.”

Karlovec pointed out that Savage Craft, unlike businesses which opened before the COVID-19 pandemic struck, doesn’t yet have an inventory to worry about. And adhering to Centers for Disease Control and Prevention guidelines such as social distancing is also not a problem for a brewery still under construction.

“Hopefully, when we open in the fall, all of that (COVID-19 concerns) will be gone, and people will be able to enjoy it the way it was meant to enjoyed,” he said.

With the pipe installed, the shared parking lot freshly paved and marked and a new brewing equipment manufacturer — Marks Design & Metalworks out of Vancouver, Wash., secured — Savage Craft is back on track. A steel skeleton, flanked by a bulldozer and other heavy equipment, extends out of the back of the original building, more than doubling the space. Construction workers in hardhats crisscross a narrow dirt path between the brewery-on-tap and the old jail, which is next to another building on the property for which a use is still being determined.

“You’re finally seeing some real tangible progress on the site, so we’re happy about that,” the investment team principal said.

Though he said the subterranean work that caused the biggest delays this winter is now wrapped up, supply chain effects from COVID-19-related business closures and slowdowns are now being felt. The Washington-based equipment manufacturer’s workforce has been reduced, dropping from 60 onsite workers to six at one point, the principal said.

“There’s been every challenge under the sun,” he said.

The principal said pandemic concerns have caused brewery investors to consider ramping up the timeline for getting an in-house canning line up and running in order to vary revenue streams. Where that move had been considered 18 months or so after opening, now it’s a fairly immediate priority, he said.

John Karlovec, a “reformed lawyer” originally from Cleveland, recently relocated to the West Columbia area as progress on the brewery picked up. He said he had been looking for a project his children — Clay, daughter Maggie and son John Jr. — could work on together, and Savage Craft fit that bill.

A frequent vacationer to Amelia Island, Fla., all Karlovec previously knew of the Midlands was what he saw when exiting onto Interstate 26, catching a glimpse of the Columbia skyline and Williams-Brice Stadium.

“I always thought I would take that right someday,” he said.

The area reminds him of Cleveland, with a river bisecting its east and west sides and city officials working to make West Columbia appealing to new businesses such as Savage Craft, he said.

Area retail and residential momentum is evident in the nearby mixed-use Brookland development, home to apartments as well as French-inspired restaurant Black Rooster; in the FLOW Townhomes across Meeting Street; and in new restaurants on State Street.

Karlovec hopes that activity, as well as Savage Craft’s arrival, lures more investors, and he is also counting on “pent-up demand” for beer, food, music and friends when the brewery does open its former firehouse bay doors.

Savage Craft will continue to build on the property’s rich — if occasionally lawless — history, he said. Site excavation has also produced old photographs of firefighters who worked out of the building. Community members have helped identify those people, and plans are afoot to honor them somehow.

“We want to be a part of this community,” Karlovec said. “This is going to be a destination place in the river district. It’s going to be a wonderful experience.”

Both of my Grandfather's would be proud. Mayor W.H. Price and Fire Chief Levi S. Mooneyhan in 1925