This past weekend, Hossein Haj-Hariri, dean of the University of South Carolina’s College of Engineering and Computing, got a phone call.

On the line was Majorie Jenkins, M.D., chief academic officer for Prisma Health-Upstate and dean of USC’s School of Medicine Greenville.

The ensuing conversation was game-changing.

Jenkins told Haj-Hariri about device created by a Prisma emergency medicine physician in collaboration with her husband and a Prisma pulmonary critical care physician that allows four patients to be treated simultaneously on a single ventilator. 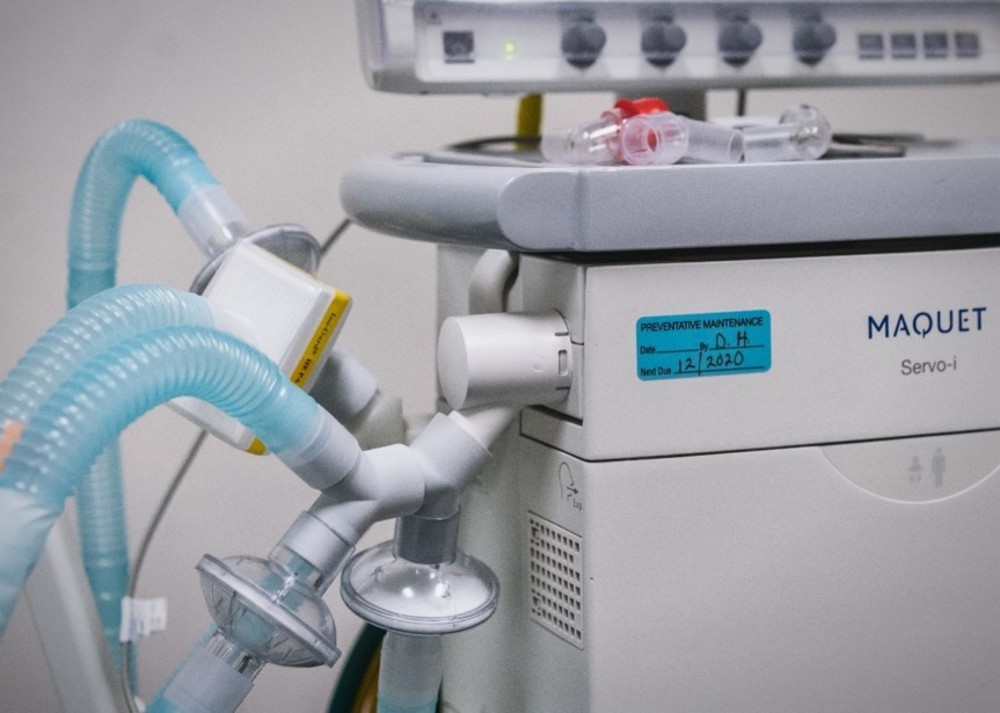 “By 7 p.m., we had the team together, and ideas were flying around on email and telephone calls,” he said. “What I found cool was how many parallel ideas we had going on. It was truly a crystallization of an idea. All I had to do was throw the seed in there.”

Hospitals can apply for the free source code and printing specifications for the VESper on Prisma Health’s website.

Though VESper swiftly received emergency use approval, Haj-Hariri’s team is still hard at work improving aspects of its design.

“It's a simple design that we have, but there are some challenges involved,” he said. “Namely, when you have multiple patients on the same ventilator, you still have one sensor regulator for pressure, and it has to manage several patients, so you don’t know what patient is getting what. So our team is working on sensors, cheap sensors or even sensors that could even be 3D printed, that they put at the end line to each patient. Then, through taking that data as well as some biometric data, the one regulator can actually manage the flow.

“We could always engineer a very complex and expensive system that is attached to each patient. But a) it’s too expensive, and b) it’s not going to show up in time. So what we want to do is take advantage of the electronics that exist and maybe add affordable and simple solutions at the back end that tie into the existing electronics and give us the data.”

The USC team is also developing 3D printed molds to be used for plastic mold injection.

“I don’t know if you have watched something but 3D printing, but it’s painful. You just sit and nothing happens,” Haj-Hariri said. “Those things (the molds) have a through-put which is hundreds of times greater than 3D printing, and these shops and facilities exist in every city. They’re like machine shops. So you give them the mold that you can 3D print, they attach it to their machines and start spitting out these splitters.”

Tarek Shazly, an associate professor in the College of Engineering and Computing, consulted on biomechanics and biomaterial aspects of the project. He offered use of his lab to test printed devices, though he said that hasn’t taken place yet.

“Right now, I think the goal is just to get something out there and basically test it on the fly. It’s a bit of an unusual progression. Most projects progress a lot more gradually and slowly, but this one was obviously rushed,” Shazly said. “The people that have initiated this effort, they’re coming from the right place. They have good intentions. They’re not trying to make money or anything like that. They’re really just trying to help the situation. It’s been refreshing to be even just peripherally involved in something like that.”

The consulting and design process has been complicated by the closure of USC’s campus because of the new coronavirus, though Hossein Haj-Hariri said professors and technicians — not students — do have access to labs for COVID-19-related research. He said ongoing VESper efforts are being led by the college’s chair of mechanical engineering, Jamil Khan.

“The improvements to the idea and just expanding it beyond the original idea to face shields and other things — those are all activities that we’re doing,” said Haj-Hariri, adding that university partners such as GE and Johnson & Johnson are coming on board to speed up the manufacturing process.

“This is what we all want to do,” Haj-Hariri said. “We want to solve problems and help society. As engineers, we actually do a terrible job of telling people what we do. Every time there is a development, some life is saved or a new cancer treatment (discovered), you see a doctor standing in front of some amazing machines with the patient. Well, the machines were developed by engineers, and this is one time that somehow, without our own doing, we are getting some credit for what we are doing. This is really what engineering is about — finding ways to solve problems.”