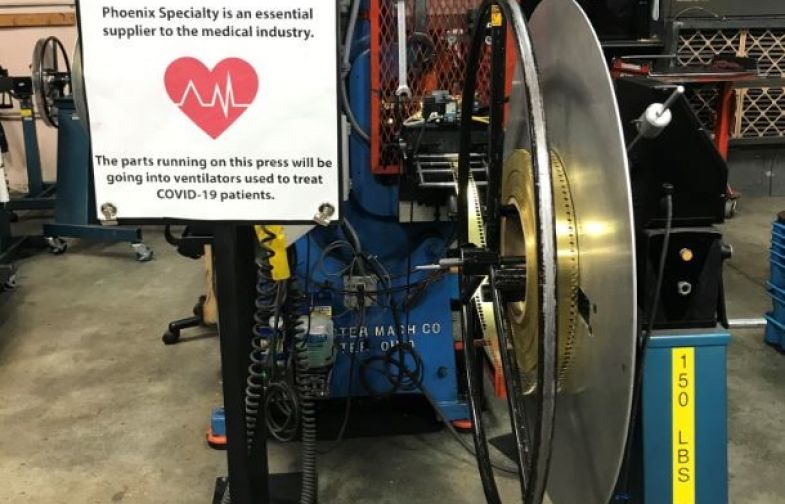 A sign at Phoenix Specialty Manufacturing in Bamberg informs employees that the company is making parts for ventilators to help in the fight against COVID-19. (Photo/Provided)

It’s business as usual these days at Phoenix Specialty Manufacturing in Bamberg — for the most part.

There is a greater urgency in the making of small, precision components necessary to build complex machines for industries including aerospace, agriculture and medicine, as well as an even greater sense of pride in doing so.

Phoenix has supplied original equipment manufacturers since 1907 and is playing a crucial present-day role in making parts for everything from ventilators to hand sanitizer bottle pumps. 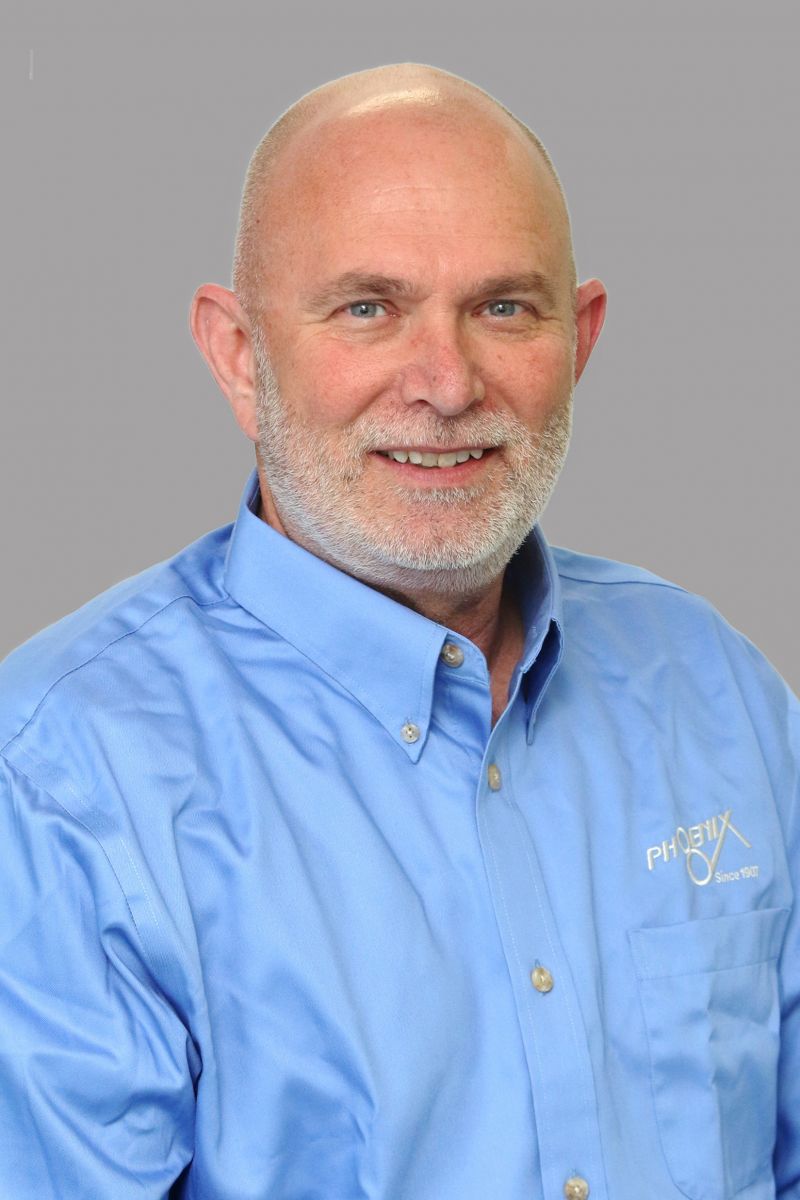 “Phoenix is a metal stamper and we stamp parts for metal to our customers’ specifications,” sales manager Steve Cornforth said. “We also offer machine work and secondary operations work to those parts as well. So when the calls started coming for ventilator parts, it really wasn’t any change for us at all. The parts were very similar to what we make every day.

“We did rearrange some schedules and expediate a lot of orders to get them through quicker, but it’s part of what we do on a daily basis.”

The company has manufactured parts for space shuttle missions, the Mars rover and the Apollo moon landing in addition to the U.S. Olympic bobsled team and numerous NASCAR teams.

Phoenix’s products are shipped worldwide, and the company offers a written on-time guarantee. Its investment in raw materials and an inventory of more than 100,000 items allow it to produce parts in low to medium volumes with no additional tooling charges, according to a news release.

“We’re always here, willing to help any customer,” said Cornforth, in his eighth year with Phoenix. “We make parts to their prints and their specifications, and they are made in America. The material is bought in America. We are very proud of that.”

The genesis of the recent focus on ventilator parts came from a simple source.

“It was our customers’ idea. They needed parts,” Cornforth said. “It was very easy to implement. It’s just another thing at Phoenix. We have the ability to make different-sized parts at any given time, so it was just our customers had a demand and we tried to fill it.

“We’re a specialty shop, so we make what our customers want. We don’t make to a catalogue. This is what we do every day.”

Cornforth said the company doesn’t usually hear from customers unless there is a problem, but “we did get a few comments thanking us for our effort, thanking us for getting them (parts) to them on time and actually ahead of time.”

And though the precision parts currently in high demand fit right into Phoenix’s wheelhouse, with a minimal amount of overtime required to produce them, there are a few indications at the facility that something slightly bigger than usual is going on.

“A big thing we take pride in is being able to adapt and help our customers when they need it, and in this situation, helping to save lives, it’s been a big deal for us,” Cornforth said. “We’ve made a lot of extra effort in letting our employees know that they’re working on ventilator parts. We’ve actually put signs on some of our machines saying that these parts are going into ventilators, so it is a great sense of pride for our employees to be able to work on something like that.

“ … As long as they need them, we’ll be glad to continue making them.”